Going for a piss in grey sweatpants too risky, men over 40 agree

MIDDLE-AGED men have admitted that that urinating while wearing light-coloured trousers is guaranteed to end in disaster.

Even those in their early 40s have been dismayed to find that going for a wee is no longer the seamless, decisive operation it once was.

Stephen Malley said: “I honestly hoped it would be another couple of decades before I spent most of my days covered in my own urine. Sadly, I was wrong.

“Once the last candle had been blown out on my 40th birthday cake, I suddenly lost all ability to not dribble wee over myself after any toilet trip.

“Grey sweatpants, or anything light really, are playing with fire. Thankfully I can get away with being covered in piss-stains during lockdown. I’ve no need to impress anyone at home and my wife knows what she signed up for.”

“If I do end up covered in my own piss, I want it to be between me, my damp underwear, and a pair of trousers dark enough to conceal my shame.”

All this fuss over one dickhead 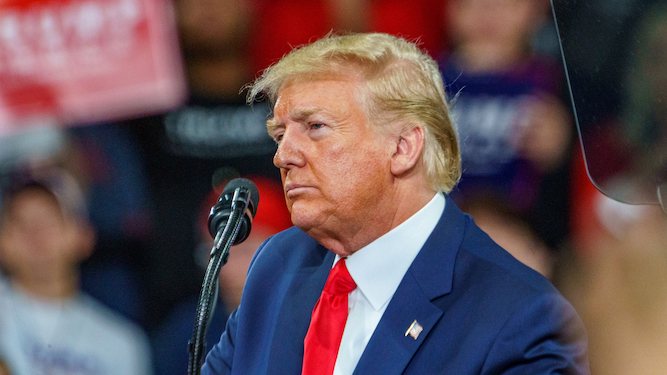 THE world cannot believe that all this fuss is being caused over one mumbling, egotistical, incoherent dickhead.

The US Capitol was stormed by rioting protesters yesterday with American democracy facing its greatest threat for more than 100 years, all for a former reality TV star with delusions of superiority.

Ryan Whittaker of Manchester said: “Seriously? There are people advocating violent overthrow of the United States government for a man who was on the receiving end of a Stone Cold Stunner at WrestleMania 23?

“Yes, he did tell a gang of armed insurrectionists to walk down to the Capitol with him yesterday, but only after he’d boasted about how much Oprah used to like him for five minutes. Worth it?”

Grace Wood-Morris of Dublin agreed: “This f**king goggle-eyed clown? Okay I get it, you’re right-wing, you’re angry, you like pointing guns. But couldn’t you find anyone better?

“Guys. A soft-handed whining septuagenarian millionaire obsessed with his TV ratings is not the leader you’ve been waiting for. Man. Now I understand why Germany ended up with that prick Hitler.”