A SAFETY helmet will not protect a man from the shame of taking up a child’s hobby at the age of 42, it has emerged.

Office manager Tom Logan spent £180 on safety equipment but nothing will shield him from the looks of contempt from his family and society in general.

Logan said: “It’s a great crowd at the skatepark. I’ve even made friends with Tommo the drug dealer, although after just one toke of his weed it took me four hours to locate my Audi estate.

“The teenagers have been lovely. They’ve totally taught me the skateboarder’s code of going to corner shop to buy everyone some cider.

“I’ve discovered you need zen-like composure for ‘boarding’, so I hate those little shits whizzing around on micro-scooters now.

Logan’s daughter Emily, 14, said: “I thought he’d already had his childhood. We love him but we’re all hoping for quite a bad accident.” 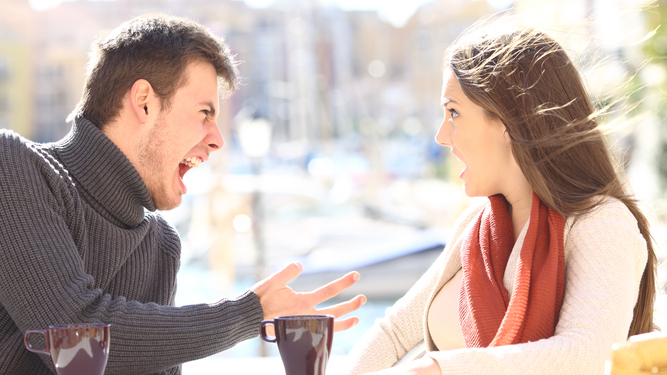 A COUPLE who had a blazing row in public both entertained bystanders and gave them a valuable psychological boost.

The latest public slanging match between Wayne Hayes and Donna Sheridan left people feeling incredibly cheerful about not being trapped in their fraught domestic hell.

Onlooker Tom Logan said: “Obviously there was the entertainment value, like when she called him an ‘impotent tight-arsed piss-weasel’. I felt that was very creative.

“But it affected me at a deeper level too. I’d actually just been made redundant but after hearing him say ‘Where’s your broomstick, you rancid old slagbag?’ I realised my problems were tiny compared to being in that relationship.”

Fellow bystander Francesca Ryan said: “What I enjoyed about the row was that it made me feel so much better about my own partner Jeff, who I often think is a bit of a twat.

“However Jeff and I only argue in private and it’s usually about something fairly tangible, like him being a selfish arse who needs to lose weight. I love him so much.”

Psychologist Dr Nathan Muir said: “Watching a couple arguing in public is as good for your mental health as a six-week holiday on an idyllic beach accompanied by a Labrador puppy.”