How I'll be boning through the Hot Vax Summer, by a known bullshitter

PREDICTIONS of a Hot Vax Summer of post-Covid shagging are entirely accurate, according to self-proclaimed love monster Josh Hudson. Here’s his guide:

The ladies will be gagging for it

Once the clubs open on June 21, it’s going to be a boom time for blokes like me. I’ve always been able to have any woman I want by turning on the charm, like the time I shagged a certain member of a top girl band whose name I can’t reveal for legal reasons but was once acquitted of racially aggravated assault.

I’ve got all the books like The Game, so I use sophisticated psychological techniques to get women into bed. Lines like ‘If you were a dog, what breed would you be?’ and ‘I’d drive you home in my BMW, but it’s in the garage getting souped up’. This summer it’ll be one-nighters every night.

Any situation can lead to sex now

Cynical? Yeah. Guaranteed to result in sex? Absolutely. I’ve made a list of chat-up lines that will instantly create an emotional bond: ‘Did you do more shopping online?’, ‘I reckon it was a Chinese germ warfare attack, baby’ and ‘Has your personal hygiene suffered? Do you want me to check?’

With all the sexual opportunities once lockdown is lifted, I’ll probably need about 50 condoms each weekend. That sounds like a lot, but I’ve not told you about the time I met six off-duty lap dancers in Oundle Road Londis.

Don’t forget to get the vaccine

Apparently the girls are going to want to see a vaccine certificate, so print that out and keep it in your back pocket. And if you’re not in a doctors, like I’m not after the misunderstanding with the locum asking me to undress, you can find them online no trouble. 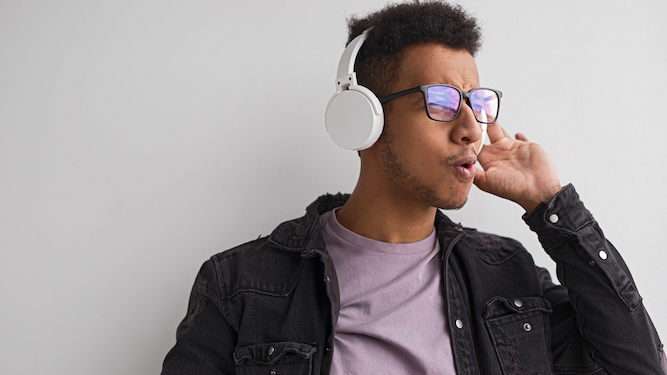 EVER discovered you’ve been singing a song wrong and thought, wait, my version was better? These lyrics are vastly improved by being misheard:

The founding father of misheard mumbling, this mishearing turns a confusing song about tripping on acid into one where Hendrix politely excuses himself from conversation to briefly experiment with his sexuality. In short, it transforms standard wanky rock into an etiquette-conscious gay anthem. Transgressive and superior.

The world’s greatest disco Swedes were less great at enunciating, and nobody had earnestly claimed to ‘dig’ something since Ted Heath was in office. And when you consider the titular queen had brought a tambourine to the club, it makes all the more sense that Agnetha and Anni-Frid would want to kick shit out of this smug 17-year-old.

Nineties boyband *NSYNC are best remembered for not being the Backstreet Boys, so lucky for them that this song gets memed every April and they can rake in the royalties. It’s more memorable and makes more sense in context, where Justin and the gang are telling a woman when she’s going to love somebody again. Late spring. Get it in the diary.

It’s not that farfetched to imagine that Swift would attack Starbucks. Her feuds with Kanye West, streaming services and record labels have laid the groundwork for her to beef with an international coffee chain by painting a vivid picture of the frappuccino-addicted loser customers who dare question her sanity.

‘Tiramisu, like the deserts miss the rain’ – Missing by Everything But The Girl

Fancy Italian booze-soaked desserts were big in the 90s and this song sold a million of them. And is the layer where the sponge meets the creamy bit not unlike when desert meets rain?

Originally a Springsteen song, this is stream-of-consciousness nonsense written with a rhyming dictionary. Why not use your platform to bring attention to feminine hygiene products? It’s time Manfred and Bruce embraced their position as vagina-cleanliness spokespeople.