How the whole economic system going tits up might affect you

THE economy is once again hurtling towards recession, so how will having f**k all cash impact on your spending habits? Find out with our guide.

You won’t be able to do things

Doing things costs money, so forget about activities like going to the cinema or a treating yourself to a luxurious bus ride to the Job Centre until about 2026. You can of course do free things like go for a walk or watch the sun set, but these get old really fast and they’ll probably get put behind a paywall anyway.

Your home will get decluttered – free!

Forget buying a tedious Marie Kondo book, the recession will turbocharge your decluttering as you sell off all your worldly goods for scraps of meat. Once you’ve shifted all your books and gadgets, move onto white goods and clothes. After they’re gone, you’ll be free to downsize to a tent under a bridge. It’ll be cold in winter but very Zen.

Jobs will become scarce so you’ll have to hold off from calling your boss a tiresome wanksock and handing in your notice. This still doesn’t mean you’ll have any money though because you’re paid next to nothing. At least your company’s executives will get a whopping bonus again. And ruthless cost-cutting will be good for shareholders. It’s nice to give something back.

You can’t buy a sense of perspective

For too long you’ve been swanning about getting bi-annual haircuts and living like a king with your hot food and Netflix account. A healthy dose of financial hardship will help you to appreciate the simple things in life, like staring at a wall because it’s free.

You don’t have to agonise over renewing your stupidly pricey gym membership now. The inability to afford food will make the weight just fall off. Just ask anyone who been in a POW camp. There’ll be the unfortunate side effects of loud stomach rumbles and constant exhaustion, but a lean physique comes at a price. Not a monetary price, obviously. Which is just as well because you can’t afford it.

Having a 'no turning' sign in the drive, and other ways people are pricks about their houses 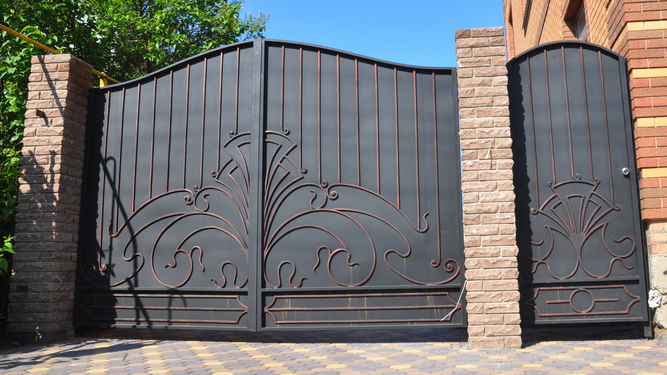 DO you think an Englishman’s home is his castle? If so you may well be a wanker who adds stupid, self-important accessories to your dwelling. Like these.

Is your drive made of priceless paintings for some reason? Might someone pulling into it set off a pressure-controlled bomb? No? Then what is the problem with a stranger occasionally using it to do a three-point turn, you miserable bastard?

Putting up high fences so you aren’t overlooked

Do you regularly need to prevent a tank smashing its way onto your front lawn? Get one of these intimidating gates that looks as though it may be bullet and shell-proof. If anything it suggests ‘Come and rob me of all my valuables’, but you live in a such a modest suburban house any sensible thief will just think you have delusions of grandeur. Which you do.

Putting a traffic cone on ‘your’ parking space in the road

If your life is so small and sad that your main preoccupation is being able to park directly outside your house, you need to have a serious word with yourself. It’s bad enough if you stick your wheelie bin in the space, but if you’ve gone to the lengths it takes to get hold of a traffic cone, you are in ‘twat’ territory.

Having an aggressive dog in the garden

It’s good to add an ever-present genuine danger to a normal road. Your psychotic beast tries to savage everyone from meter readers to the hapless sod trying to deliver all those Amazon packages you order. What makes the decision even weirder is that no one ever wants to visit you now. Although that may be related to you generally being a wanker.