How to be an absolute prick on a plane 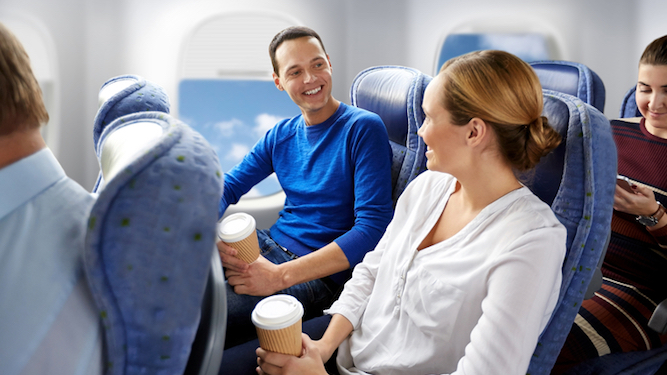 DO you want to act like an absolute arsehole while crammed into a metal tube with 200 other people who can’t escape you? Here’s how.

Would you normally place your baby in a pressurised container that gave them earache and travel sickness for five hours? No. So don’t do it just because you fancy a cheap mini-break to Tenerife.

Do anything more affectionate than shake hands

Public displays of affection are always disgusting, but in most cases other people can walk away from you. Not so in a plane, so don’t force the person in the next seat to listen to you licking someone else’s teeth from a mere 20 centimetres away.

Just because your seat can recline doesn’t mean it has to. There’s a special place in Hell for selfish fuckwits who pinion the person behind them in their seat the moment you take off and stay like that for the whole flight.

Fart or produce other unpleasant smells

If you spent the last night of your holiday drinking a cocktail of sangria and ouzo, there is probably a rancid smell coming from most of your orifices. Hold it in, you bastards, even if your insides explode from the altitude.

Get shitfaced and have a fight

Being 30,000 feet up in the air is terrifying enough without adding pissed-up fisticuffs worthy of a shit regional nightclub. And you can’t just throw someone out of a plane, sadly.

The squaddie's guide to things you pretty obviously shouldn't be doing 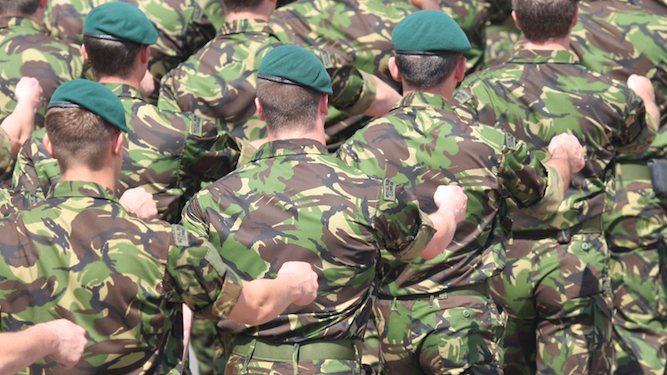 ARE you in the army but sometimes feel you’re doing things that might be considered ‘wrong’ or ‘mental’? Here are some activities to avoid.

Everyone likes a laugh and God knows Corbyn’s a bit of an arse, but shooting the democratically elected Leader of Her Majesty’s Opposition has a teeny hint of ‘military coup’ about it.

What to do instead: Use an uncontroversial image for target practise, such as the reviled Crazy Frog or Piers Morgan.

Look out for tell-tale signs that your initiation rituals are going too far. These include:

● You have beaten your new colleague unconscious;

● They are reluctant to drink the 20th pint of urine and bleach;

What to do instead: Maybe just make them sit in a bath of cold beans or something? Or wedgies? Wedgies are fine.

Appearing in selfies with ‘Tommy Robinson’

'Tommy Robinson' may be a celebrity of sorts, but having your picture taken with him has connotations of right-wing extremism, Islamophobia and being mates with total bellends.

What to do instead: Stick to mainstream celebrities. They’re so desperate for a bit of populist publicity you could probably get Myleene Klass, Carol Vorderman and everyone off The X-Factor to turn up at your barracks within an hour of putting a request on Facebook.

If it wasn’t for armed forces benefit gigs keeping his career semi-alive, the comedy of Jim Davidson would be a dim and distant memory, so thanks a lot for that, British Army.

What to do instead: Try other comedians. They may not ultimately be to your taste, but who wouldn’t be fascinated to see Stewart Lee performing in front of 800 squaddies in an aircraft hangar?