How to bulk-buy like a dad, by a dad

DAD here. If you’re running out of light bulbs and bin-liners it’s because you didn’t stock up. Here’s how I’ll get through the post-Brexit years with tinned sweetcorn to spare:

Get your priorities straight: quantity is key. Yes the shower gel makes your pubes itch, the washing-up liquid is kumquat-scented and the liquid soap is unpleasantly spunky in appearance. But that only means you’ll use less of them so they’ll last longer.

They’re just covering themselves against lawsuits with those things. Yes, some of the items further back in the garage technically went off when Blair was prime minister, but a baked bean is a baked bean no matter which side of the millenium it was canned.

Never take a day off

Finding bargains means never relaxing your guard: not at the weekend, not on holiday, never. Remember when I found that incredible discount store in Whitby and we all drove home with crates of batteries on our knees? Brilliant day out. And we’re still using those batteries.

If you want to take it to the next level, bluff your way into a cash and carry. The joy of purchasing twenty four-litre bottles of Daz will offset the vertebrae you fuse hoisting them into the car boot. And with those savings you can treat yourself to an inflatable hot-tub you’ll never use.

Harry Styles, Phoebe Waller-Bridge, Stormzy: who are the frontrunners to be the next James Bond and/or Doctor Who? 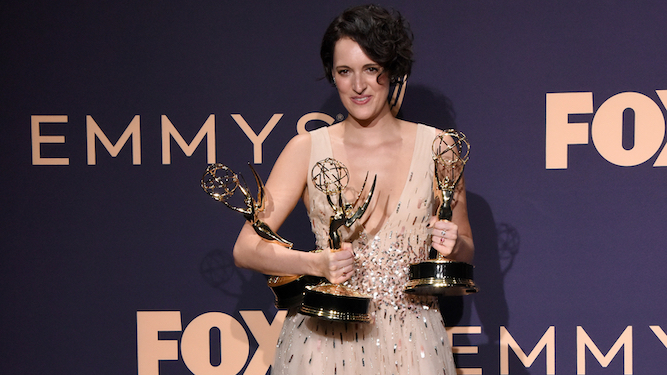 THE positions of James Bond and Doctor Who are simultaneously vacant, but who will step in to save the world and/or the galaxy? These are the frontrunners:

Already acting, unquestionably British, has a track history of womanising like Bond, wearing frilly outfits like the Doctor, and keeping obsessed from going apeshit. Would ruin everything by playing both roles at once and stopping for a quick song.

In with Bond after rewriting 20 lines for £5 million, the Fleabag star is posh enough to be the spy though would insist on monologuing to camera about how she regretted each kill. As the Doctor would travel time and space shagging Davros and the Cyberman and regretting that too.

Has no interest whatsoever in either job, but the Guardian remains so awestruck by his 2019 Glastonbury set he legally has to be included in this list.

In a mutually-agreed job swap Craig takes over as Doctor Who and Whittaker becomes the new Bond. Craig’s Who shoots everyone, dealing with alien invasions in 90 minutes tops, while Whittaker’s Doctor buggers about with time so much Blofeld lasers his own balls off.

Anyone not already playing a recurring role in a Marvel franchise

A breath of fresh air in both roles, Madeley would tell women called Sexy MacMuff that they were clearly only doing it for attention and aggressively question Daleks about how they expect to run a galaxy of stairs, fine sand and recently ploughed fields. The perfect choice.