MANAGED to escape your kids for two minutes? Congratulations. Here is how you will squander your precious free time.

Aimlessly scroll on your phone

A modern classic. The moment those little bastards are out of the door, the sense of relief is palpable. You sit down on the sofa for a brief pause only to snap out of it three hours later when their grandparents have brought the f**kers back. And all you’ve done is scroll through Instagram until your thumb has RSI.

Row with your partner

Having children makes it difficult to have a proper go at your partner. Once your little ones are out the door though, you’re free to let rip in the most expletive-filled rant imaginable. It’s a shame though, because this brief window of child-free time was when you were planning to have sex for the first time since you became parents.

Fail to think of anything fun to do

The morning began with such promise. You dropped your kid into nursery first thing then spent two hours failing to think of anything to do, before realising you’ve procrastinated for so long you’ve missed the last screening of Top Gun: Maverick. You’ve f**ked it. Just sit in silence until you go to pick them up.

Look at photos of your kids

New parents are particularly guilty of this one. They could use their free time to catch up on some much-needed sleep, but they never do. Instead they’ll flick through cute photos of their little one from earlier in the day, then get worried about potential accidents they just made up which might befall them. How relaxing.

Half do lots of stuff

With the children out of the way, it’s time to sort of do a bunch of important tasks. You could get halfway through the washing-up before leaving it to soak, then move on to not quite finishing the ironing while kind of but not really watching a film. At this rate you’ll be on top of your life in 30 years.

Five elaborate cocktails that aren't as good as a pint 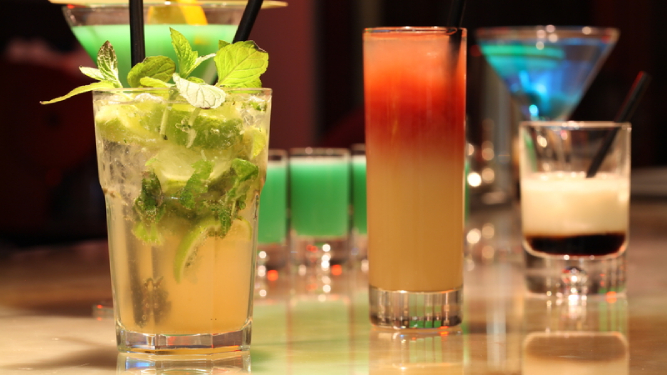 ON a night out? Fancy drinking something new and exciting? Do not bother with these elaborate cocktails that are not as good as a pint.

This cocktail exudes a suave charm and makes you feel like Don Draper when you order it. Then the barman drops it off in front of you and you realise it tastes like shit and it set you back the best part of 20 quid. You could have got three pints for that, or one and a half in London.

Sure, strawberry daiquiris look impressive in their broad glasses, but that doesn’t mean they are more enjoyable to consume than 20 fluid ounces of beer. The pyramids are more impressive than a strawberry daiquiri, but even when you saw them on holiday your mind couldn’t help but think it would rather be necking a nice warm pint instead.

This traditional Cuban highball will whisk you off to the Caribbean with its blend of white rum and lime juice, which would be an appealing prospect if it tasted nice. The only place you want to be transported to via your taste buds is your local pub, and the only way to do that is with a tall glass of a locally brewed pale ale.

One of the most popular cocktails, which is baffling because it looks like it was scooped out of a urinal. Any drink which can only be consumed with the aid of salt should be banished from society, and every cocktail book containing details on how to make them should be burnt. You don’t get that sort of nonsense with a pint.

Sex on the beach

Presumably named after everyone’s dream intercourse location. But you know what’s better than a drink that makes you think of rutting on the beach and getting sand up your arse? Quietly sipping on a pint of beer in the nook of an old man pub. Plus you don’t feel like a lecherous perv when you ask the barmaid for one of them.