How to tell people you don't want sodding children

DO friends with kids try to make you feel like a failure for not having any? Here’s how to explain without just saying “because they’re fucking annoying”.

You can barely keep a gerbil alive

It’s surely reasonable to choose not to be responsible for another living being if you think you might forget to feed it for so long it ends up eating its siblings. This applies equally to small rodents and small children.

They’re bad for the environment

When someone attempts to suggest that not having children somehow makes you selfish, just ask them if they want to live in a resource-plundered wasteland choking on carcinogenic pollution. They will soon be quiet.

Explain that you thought about producing a small ungrateful person who sucks up all your money and still whines that you won’t blow £200 taking it to Peppa Pig World, but decided to buy a massive telly instead. Selfish? Nah, sensible.

Your job compensates for not having children

Not in the loony workaholic sense, but going to work is an endless nightmare of unreasonable behaviour, stress and inane conversations. Which is exactly like having children, but you get paid and can go to the pub more than once every three months.

If all else fails, tell your well-meaning friends with kids the truth. They’ll probably break down sobbing and agree with you. 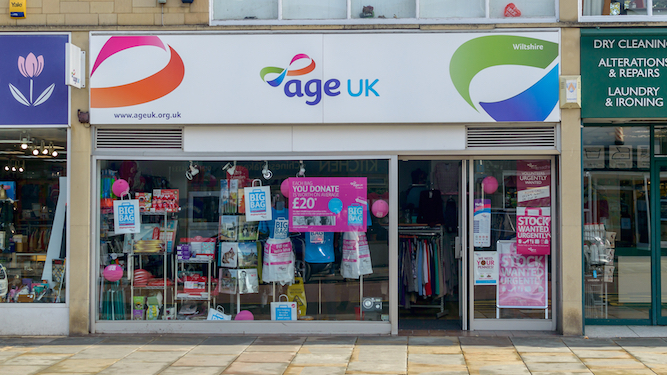 The shops – which are flourishing in the 90 per cent of the country classed as ‘deprived’ – allow customers to browse second-hand clothing, load up on liquid nicotine and lose £20 on a fixed-odds betting machine all in one place.

Hard-up vaper and gambler Stephen Malley said: “It’s bloody brilliant. I don’t know why nobody’s thought of it before.

“It’s such a bloody drag trailing in and out of three different shops when you could have one shop catering exclusively to the lowest common denominator, ie. me.

“Now I can have a chat at the counter about whether the new vanilla pod liquid’s better than strawberry mint, have a look if there’s any Jack Reacher books I’ve not read, and put a bet on Fancy Rodent in the 3.45 at Doncaster, all in one place.

“They haven’t quite got the staff right yet. I don’t need old ladies cooing ‘oh, how lovely’ when I put £10 on Kane to score first in the North London derby, but this is the best idea since supermarkets forced literally everyone else out of business.”