I'm a selfish idiot who got a lockdown pet: what the f**k do I do with it now?

ARE you a twat whose comforting lockdown animal companion is proving an inconvenience now life’s back to normal? Here’s how to get rid:

Take it to be rehomed

A humiliating, reprehensible failure to live up to the promises you made to an innocent, trusting animal – unless you have no shame whatsoever, which appears to be true of many Britons happy to say ‘Yeah you look after it, I got bored.’ Makes you realise that if kind-hearted people ran toddler shelters they’d be oversubscribed too.

Give it to your mum

Parents can be relied on for childcare, so why not pet care? Mum may grow to love a annoying, yappy West Highland White terrier, or indeed a disturbingly large wolf-like creature that claimed to be a Russian hunting dog when you bought it on Gumtree. With luck your dad might not die fighting it off with a hoover.

Set it free in a lay-by

Rewilding is all the rage, so why not rewild your unwanted former best pal by the side of a B-road? Let them explore this thrilling new world of flytipped matresses, territorial foxes, and cars roaring past at 60mph. Warning: not really suitable for goldfish.

You’re not the only wilfully stupid short-term thinker in the world. Snap some alluring pictures of that monitor lizard you bought drunk and no longer want, put them online, charge a decent fee to make it seem like a hot item, and profit.

Wait it out until one of you dies

Pets have a shorter lifespan than humans, so crunch the numbers, shrug your shoulders and resign yourself to caring for a hamster for the next eighteen months, a budgie for the next six years, a dog for 12 years or a cat until it gets bored of you and wanders off. If you got a tortoise, start a family so there’s someone to care for it when you’ve gone.

Shit car accessories through the decades 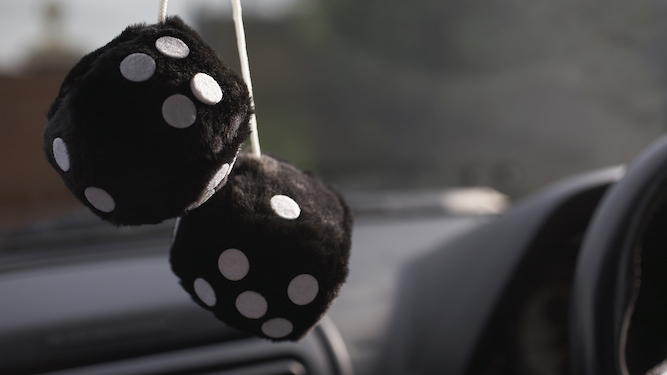 IF YOU had a car in the last 40 years, you bought this shit and believed it a good idea:

Hanging from the rear-view mirror in the 1980s, adding a touch of gambling fun to every Ford Cortina, you honestly thought these were clever. Until the bloke from the next street fitted the Dukes of Hazzard horn to his car and your girlfriend left you for him.

There was a time when no car would be without an anti-static strip connecting the car’s bumper and the road to discharge the fatal build-up of static electricity which otherwise electrocuted nobody, ever. A perfectly ineffective solution to an entirely imaginary problem.

Were you sick of driving somewhere, getting from A to B with unparalleled convenience, and at the same time not receiving a massage? Then this innovation was aimed exactly at your entitled idiot brain. Merely drape it over your seat and it’s like you’re sitting on marbles for hours and f**king hours.

Ever halfway through an anecdote about driving from Coventry to Stoke-on-Trent and found your verbal account isn’t bringing alive the journey for your audience? Now you can show everyone exactly what it was like in real time. Also useful in a crash, so your insurers can be absolutely sure it was definitely your fault.

Often find yourself nodding off on longer drives? Worried that nightmares will cause you to unconsciously jerk the wheel to the right, crossing two lanes of traffic and causing an accident that’s all down to that bad dream? Get a massive dreamcatcher so only benign, traffic-calming dreams can get through. Sorted.

Your dad had them, conceived you in the back of the car to a Bruce Springsteen song about conceiving a child in the back of a car, and now you’ve got furry dice in a car of your own but at one remove, as a joke. Who the f**k you are fooling is a question it’s best not to ask.