Five things bosses expect you to do on your holiday

HOLIDAYS are a time for much-needed rest, relaxation, and escape from work. Here are five pieces of unsolicited toil your boss expects regardless:

Smartphones mean we carry inboxes in our pockets, so you’re never more than a couple of taps away from telling Brenda in procurement that you’re actually away this week and can the incorrectly completed Biro request forms wait? You could set an out-of-office alert, but it wouldn’t make any f**king difference.

Not physically being in the office means you’ve got the space and time to come up with innovative business strategies that will turn the company’s ailing fortunes around. Be ready to pitch your ideas to the board on your first day back at 9am like a good team player.

Now that bosses have discovered you can work remotely, they’ll think nothing of asking you to sit in on a Zoom meeting from your holiday cottage and take notes on a conversation about restructuring. After all it’s barely even work, and if you don’t then it’s your neck on the chopping block.

Make them a tea

To be fair this is your key skill in the office so your absence is being keenly felt. If you don’t take some time out of your week in Weymouth to pop in, stick the kettle on, and serve your boss a brew just how they like it, expect them to piss and moan about it during your next performance review.

As you step out the office door, your boss swoops in to tell you that Martin’s off sick, Donna’s extended her maternity leave and Pete’s hungover, so if you could do your full normal workload while unwinding in the Lake District that would be great. Regretfully there’s nothing in the budget for overtime.

Eating apple pips will make a tree grow in you, and other idiotic things you believed as a kid 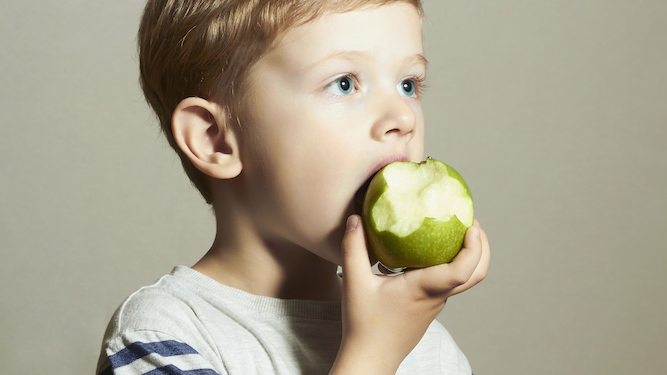 ALL children are profoundly thick and will believe any old crap. Here’s some of the nonsense you no doubt bought into:

Australia is upside down

Sure, it’s called ‘Down Under’ and appears on the bottom of a globe, but that in no way justifies the foolish assumption that everything is upside down there. You somehow managed to believe this, despite watching Neighbours every day and not once seeing Jason Donovan fall into the ceiling of Charlene’s kitchen.

Trees can grow inside you

To your tiny, childish brain, there was a certain amount of logic in this. Trees come from seeds, therefore, if you eat an apple pip, you’ll soon have to deal with a tree trunk making its way out of your mouth. It seemed likely, despite the complete absence of people wandering around with branches of Granny Smith’s trees poking from their faces.

Worms don’t die if you cut them in half

Despite every other animal in the world reacting in the standard way when cut in half, ie. dying, you bought into the idea that worms had a mysterious superpower, and scissoring their body in two was somehow doing them a favour. Cutting up worms was definitely a benevolent act designed to double their population and not the first stirrings of psychopathic tendencies.

Everything was black and white in the old days

Old photographs are in black and white, therefore colour was only invented circa 1965. You never dug into the logic of this too deeply, but if pushed, perhaps you’d have said that a secret government programme must have been launched to colour in every single person, place and thing in the world.

This lie was pedalled by your parents who didn’t want you chewing gum because they considered it common. However, all it did was convince you they were thicker than you because even someone with very basic knowledge of anatomy is aware that your digestive tract is not attached to your heart.