PLANNING an Easter get-together in your garden with a strictly limited number of family members? Make sure it’s no fun for anyone with these tips:

Wank on about social distancing

Really ruin that reunion feel by shouting ‘social distancing’ whenever anyone gets too close, using cut lengths of cane to enforce the two-metre rule. It will be especially annoying when you say it whilst people who haven’t seen each other for months are hugging goodbye.

Don’t prepare for the weather

It was sunny for two-and-a-half days this week, so you assumed it would never end. Now it’s cold just like the meteorologists predicted, and your response is not to try and mitigate its effects but to repeatedly say, ‘Ooh and it was so lovely on Tuesday.’

Be stingy with drink

Open one bottle of prosecco between six, because you can’t have dangerous drunkenness in your garden and everyone has to drive home. Under extreme duress open a second bottle and dole out another 125ml of alcohol. It’s okay, nobody can go in your house and see how much booze you’ve really got.

Your kitchen is just there. You could go in and out with food on paper plates and nobody would be at risk. But instead decide it’s ‘safer’ to have a barbecue because that way you’re doing every part of the process by hand, ensuring infection, while guests cough heavily in the shifting column of smoke.

Your grandmother’s not seen family since October, and she’s been driven 65 miles from her care home especially for this. Yeah but you’re bored and your warm house and big telly are right there. After no more than 90 minutes clap your hands and say ‘Well, this has been fun!’ and wait for everyone to leave, which they don’t because this isn’t Zoom and you can’t make them.

A minuscule jewel-studded thong: five things to buy now the contactless limit is £100 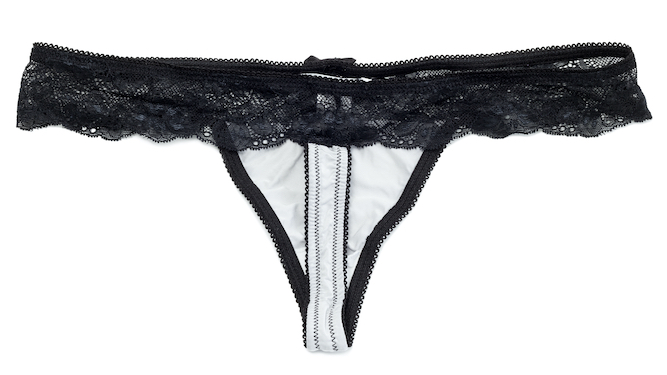 THE contactless payment limit has risen from £45 to £100, so what will you be spending your frictionless money on in an economy ravaged by inflation?

One drink in a theatre

After a forced closure of 14 months, theatres will soon be able to fling open their doors so that patrons can reserve a £55 glass of sauvignon blanc for the interval. With no need for cash payments, customers will be able to frivolously drain their bank accounts on expensive Les Miserables-themed cocktails such as ‘Do You Hear the People Vodka Stinger’.

Gone are the days of Easter eggs costing a pound from the garage. A modern one will set you back approximately £70, after having been rolled in artisanal nuts and filled with edible gemstones. Jesus won’t die for your sins unless you pay for a luxurious chocolate egg, so get tapping.

Despite being constructed out of a few cleverly arranged pieces of dental floss and some fake diamonds, a single Agent Provocateur thong somehow always costs upwards of £70. You may feel fancy and sexy purchasing one for yourself or your partner, but when you realise you can buy 55 pairs of cotton pants for the same price from M&S, you might be less inclined to tap so freely.

A trip to the cinema

Looking forward to going to the cinema again? You should be, because, thanks to the new contactless limit, you can now purchase your tickets, popcorn and a bucket of coke with just one tap of your card. Don’t decide to get a hot dog as well though, because apart from making you want to vomit before the trailers are over, it will put you over the £100 limit.

But only if you’ve booked it 17 weeks in advance. Otherwise you’re going to need your pin. And possibly a bank loan.