Key to being good friend saying 'mmm-hmm' a lot

THE best way to be a really good friend to someone is to say ‘mmm-hmm’ frequently, sincerely and meaningfully while they are talking.

Rather than shared values, interests or beliefs, the strongest friendships are all based on one person making listening noises while the other one wangs on, research has found.

The study also confirmed that ‘mmm-hmmm’-ing effectively is the primary skill required to be a good romantic partner, employee, and parent.

Joanna Kramer of Macclesfield said: “In my friendship with Mary, she’s the one who talks. I just sit there making appreciative noises for what, three or four hours at a go?

“In fairness I was only drawn to her because she has such a total car-crash of a life and I enjoy the distraction from my own problems, so it’s not an issue.

“It’s mainly just the noises at different pitches, though I throw in the occasional head-nod, raised eyebrow and once in a while, a scandalised ‘No?!’ I’m not sure what at, but from her reaction I said the right thing.”

Friend Mary Fisher said: “Joanna’s a good friend. Such a good friend. She’s always there for me. And when I confessed to sleeping with her ex she just said ‘Mmm-hmm’ in such an understanding way. 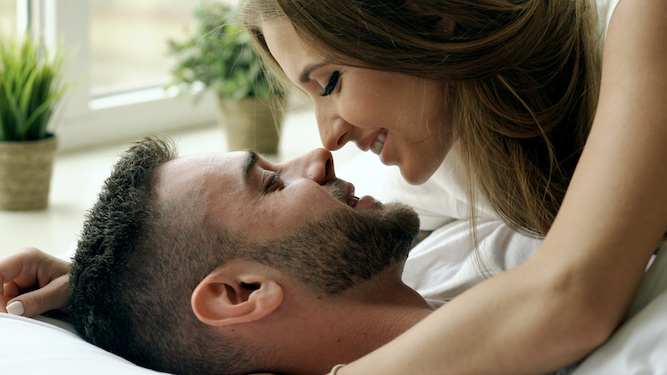 MARRIED couples have agreed that mid-sex is the best time to make a little list of everything that needs doing around the house.

Researchers found that the couples each take the opportunity, while occupied with an undemanding, familiar physical task, to tot up what they need to get done before the family visits start next month.

Emma Bradford, aged 34, said: “I’m too busy most of the time. But during the middle bit, while he’s doing his thrusting, I finally have a bit of peace to think about redecorating the bathroom.

“Even when he’s finishing me off, I delay it by planning the kids’ lunchboxes for the next week. Why not. Let him sweat a bit.”

Husband Justin agreed: “As we only have sex monthly I’m always overexcited, so I slow myself down by detailing exactly what needs to go to the charity shop and how I’ll fit it in the Astra.

“Then, in the final throes, I’m desperately going through everything that’s wrong with the car. Helps me last those crucial extra few seconds.”

Emma said: “It’s multi-tasking. Two birds with one stone, so to speak. You’ve no idea how boring it gets shagging the same bloke all the time.”