SOCIETY has come a long way toward fighting misogyny and eliminating sexism, which is great as long as you keep quiet about missing these things:

Men’s magazines have gone the way of all print media, leaving a generation privately mourning sophisticated lifestyle publications that had loads of jugs in them. Now men have to get their fix via the comparatively hardcore internet, and the shelves of WHSmith’s are bereft of Lucy Pinder and witty headlines like ‘BOOBAPOCALYPSE NOW!’

Off-colour humour used to be a cornerstone of male bonding, but social media keeps this cancellable chatter in check. Instead of cracking bad taste one-liners in the workplace, men can now only access these jokes on Netflix comedy specials. It’s political correctness gone mad.

In the days before health-and-safety, men were free to pick up heavy objects however they liked and put their backs out for weeks off on the sick. Now they have to abide by ridiculous rules protecting their physical wellbeing and making them feel like wimps. They’ll never be Depression-era construction workers at this rate.

Yes, the 50s were full of myriad societal injustices, but if you were a man you got to come home to a hot meal made by your doting wife. Plus you got to wear a fedora in an era when they hadn’t been ruined by hipsters. Even the most progressive of modern blokes can’t deny that that sounds fun.

Popping out to the pub and downing a couple of pints at lunch used to be the highlight of the working day, but now companies unreasonably demand their employees be sober on their time. How can men be expected to perform in punishingly dull jobs without a dozen units swimming through their veins?

Her solo career showed real promise, especially the Richard X bangers, but she now only turns up on stuff like Dancing on Ice. Though if asked why they miss Rachel Stevens, men will avoid baring their emotions by bluffing that she was the most shaggable member of S Club 7. 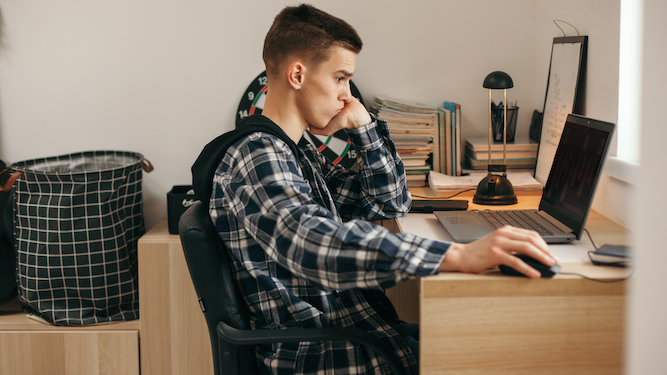 A 15-YEAR-OLD moaning about a five-second ad before his YouTube video would not have survived a typical 1990s ad break, says his father.

Julian Cook could only chuckle in disbelief when son Ryan cried out in despair at a single incredibly brief advert before he could resume watching hours of gaming videos.

He said: “Look at this fool thinking he’s irritated by adverts. He doesn’t know he’s born.

“Back in my day you’d be bombarded for five minutes straight, not one of them skippable. Your senses blitzed by raw capitalism, from the Coco Pops monkey to Paul Daniels selling you a sofa-bed to Burt Reynolds pretending to visit a UK optician chain.

“By the time your show came on you’d forgotten what you were even watching, staggering under the sheer onslaught of advertising. And that was normal.

“I remember reaching half-time with England one-nil up against Holland at Euro 96, desperate for soothing analysis, and being plunged straight into a Biactol advert. I think we got one word from Kevin Keegan before a four-minute Talking Pages ad.

“Meanwhile my spoilt monster of a son has has every piece of footage ever filmed by at his fingertips and complains about five seconds of some cryptocurrency ad.”