THIS government has lurched from crisis to crisis, all because they were distracted by red-headed Labour deputy leader Angela Rayner crossing her legs.

The government took Britain into the 2020 lockdown later than most of Europe at the costs of thousands of lives, and then did exactly the same thing again in 2021. Why? Because the whole front bench was agape at the thought of seeing a woman’s parts.

Listening to a Belgian fart on about trade quotas is tough enough without the vision of Rayner’s cartwheeling legs going through your head like an endless can-can, and what if Hancock’s claim about her knickers is true? Then you find you’ve signed up to an Irish Sea border.

Johnson’s young wife is prone to jealousy due to certain incidents in his past. So when caught staring into space, debating whether he’d actually glimpsed that promised socialist utopia at PMQs, is it any wonder he denied it and stabbed randomly at a book of wallpaper samples saying ‘that one?’

Rishi Sunak is young and unworldly, used more to numbers than a people. He can’t keep his head when an exotic older woman’s flinging her pins about in a crazed carousel of allure. No wonder he completely forgot to hedge against gas rises or manage inflation.

The Cabinet contains many red-blooded men, all driven to distraction by Rayner’s teasing displays of sitting and doing politics. It was inevitable they’d get together and compare notes on whether she was doing it deliberately over a few drinks, lockdown rules be damned.

Once the Sue Gray report is released, Boris Johnson will have no option but to resign under the ministerial code. But he won’t. He can’t. There’s no way he can walk away from the unfolding Commons seduction of that flame-haired temptress. He’ll have no choice but to stay in office, and it’s all Angela Rayner’s fault.

Bring up their biological clock, and other normal ways to talk to women in their 30s 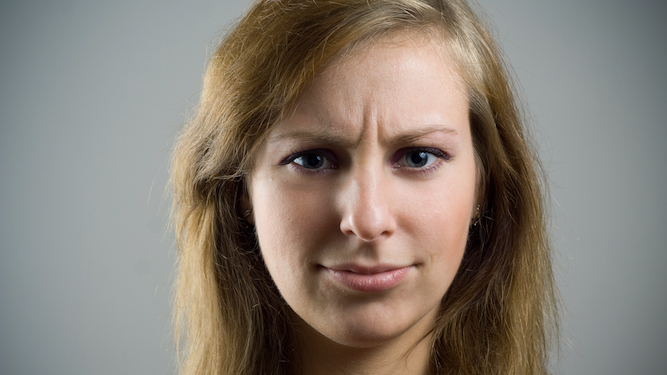 KNOW a woman in the prime of life? Looking for conversation topics that will piss her off no end? Try these:

Bring up her biological clock

Post-30, women love talking about the state of their ovaries with acquaintances and colleagues. Perhaps bring up a study you read about fertility plummeting after 32, or a newspaper article you saw noting anyone over the age of 24 is medically a ‘geriatric mother’.

Ask whether she can really ‘have it all’

Can a woman have a family and a career? It’s a conundrum that’s the subject of countless books, films and any other discussion of a woman in her 30s, but you should really get this particular 36-year-old’s opinion. Never mind that asking the question suggests she can’t.

Compare her to fictional losers

Daring to be single after the big three-oh? Are you Bridget Jones, Fleabag or Miranda? Be sure to ask your friend’s sister if being alone is a conscious effort to emulate these fictional characters, rather than part of her unique life journey as an independent human being.

Suggest that life begins at 40

If the woman you’re conversing with is nearing the end of her thirties, reassure her that everything she’s been doing up to this point has been pointless and she might as well have been injecting crack into her eyeballs all this time. That’ll cheer her up.

Assess how old she looks

Finish off this dazzling exchange by telling her that, at 37, you personally don’t think she looks a day over 35. If possible, enlist other party guests/cinemagoers/funeral attendees to see if they agree.