Man balancing on bike at traffic lights ‘not showing off’

A MAN doing that balancing thing on his bike at the traffic lights does not want you to look at him because he is ‘doing it for practical reasons’.

Tom Booker, 37, insists he is not showing off even though it looks like he is doing a circus act at every single red light.

Booker said: “I only ‘track stand’ because it saves time putting my feet on and off the pedals.

“If I can be home two minutes quicker then that’s two minutes I can utilise for recreational purposes.”

Booker added: “My excessive use of Lycra is also about shaving vital seconds off my commute and nothing to do with the muscular contouring effect on my thighs.”

Passer-by Wayne Hayes said: “If cosmic ordering really works he will topple over and I will see it.”

Being a bit chunky is all we've got left, says Britain 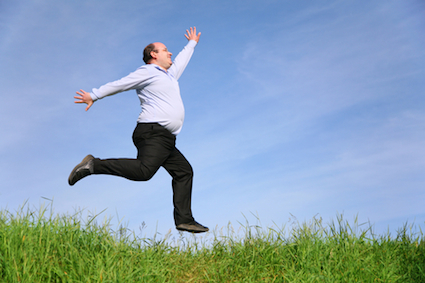 BRITAIN has responded to a new anti-obesity drive by insisting that being a bit ‘roly-poly’ is all it has left.

Public Health England has ordered manufacturers to cut portion sizes ignoring the fact that Britain’s ‘jolly waistline’ is now the most important aspect of the country’s national identity .

Norman Steele, from Shipley, said: “I went to Majorca last year. The place was swarming with Germans but I was the fattest bastard around that pool.

“That is who we are. The Spaniards are lazy bastards, the French are dirty buggers, and there’s no way the Italians are ever going to have any respect for women. They’re not changing, so why should we?”

He added: “I am rotund but happy. When I suffer a massive heart attack in the street on the way to Greggs, I’ll die with a smile on my big shiny face.

“Eat up your chicken dippers, Jason. You’ve got another lot coming.”