Man trying to convince wife he needs a flamethrower

A MAN is desperately trying to convince his wife that he needs to spend £500 on a ‘compact’ flamethrower.

Bill McKay told his wife Sarah that it was a logical decision and he cannot believe he has coped this long without one.

McKay said: “The more I thought about it, the more inexplicable it was that I had never owned even the most basic flamethrower.

“It would be the best £500 I’ve ever spent and if anyone says otherwise they can tell it to my flamethrower.”

When asked to name just one legal and non-destructive use for the device, McKay admitted his plans were based largely on ‘societal breakdown’.

Sarah McKay said: “I don’t trust Bill to light the barbecue, so in an ideal world he wouldn’t be armed with a deadly fire catapult.

“Then again, he may end up burning down his shed which is full of his other stupid, pointless crap.” 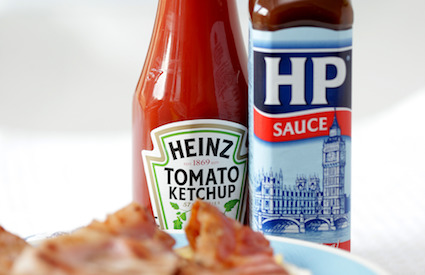 TOMATO ketchup believes it can win its century-long battle against HP Sauce before the end of the decade, it has announced.

Ketchup swore to destroy its rival after the infamous Cannon Street Condiment Skirmish of 1933, and though neither has resorted to open street warfare since their hatred for each other is undimmed.

In a statement, ketchup said: “Your time is over. Your place on the table is already gone. Soon, even the cupboard will no longer keep a space for you.

“You believed we were equals, you and I, and it is true that we share a tomato and vinegar base but I was never like you. You were only ever popular in Canada. I broke America.

“Your precious parliament already lies abandoned. By 2020 only old men will want you on their bacon sandwich, but the care home will not bother to buy you because they have not got the budget and cannot be arsed.

“My victory will be complete. Red will reign supreme.”

HP Sauce said: “I am still the King in the North. Rally to me, my people!”