A MAN’S first attempt to find a more spiritual way of life was scuppered by the almost instantaneous arrival of an erection.

Trainee accountant Tom Logan was hoping to use meditation to combat work stress and prove how deep he is, but was unable to close his eyes without conjuring a sexual scenario.

Logan said: “How can you not think about sex when it’s quiet and candlelit and sort of romantic? Also you’re meant to empty your mind, which just leaves more room for tits.

“No wonder the Buddha is always depicted with his eyes closed and a wry smile. I guarantee you he’s imagining some pretty hot fantasies with sexy lady monks.

“He clearly had meditation boner problems like me, because why is he always wearing loose robes and sitting down?

“Next time I’m going to try meditating with some of that weird yoga music. An erection is no match for the endless wailing of a muesli-munching hippie with a pair of bongos.”

Man who thought he had World Cup fever actually has malaria 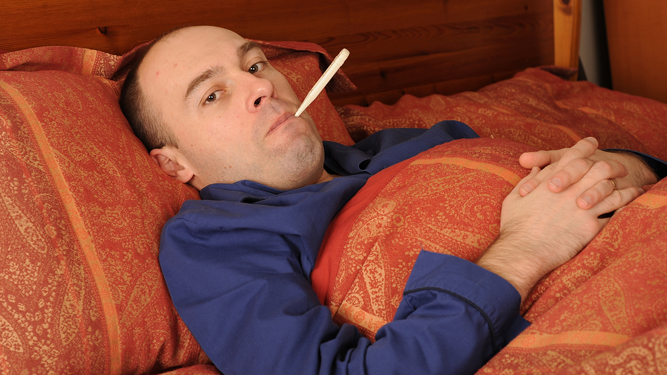 A MAN who diagnosed himself as having ‘World Cup fever’ has actually got malaria, his doctors have confirmed.

Tom Booker of Swindon had been telling friends that he was just so hyped for the start of the World Cup that he had started to get quite severe chills and shakes.

Booker, who has just returned from a holiday in Goa, said: “When I started feeling awful I just thought, ‘Here comes the World Cup Fever.’”

“It seemed obvious that the exciting prospect of non-stop football on the TV featuring the best players in the world was making me hallucinate. And when I then got headaches and abdominal pain I just thought, ‘more bloody World Cup fever.’

“Then I passed out during the Germany Mexico game and they rushed me to hospital and the doctor said, ‘You’ve got malaria and World Cup Fever isn’t an actual condition’, well, you can imagine how surprised I was.”

“I literally shat myself with surprise. Although on reflection that may also have been the malaria.”