Mate you haven't seen for 20 years still a massive twat

A MAN who met up with a friend he hadn’t seen for two decades was disappointed to find he is still an utter dickhead.

Stephen Malley agreed to meet former colleague Nathan Muir after receiving an email out of the blue asking if he fancied catching up, but failed to recognise the red flag of Muir suggesting they ‘get totally wankered at Spoons’.

Malley said: “He managed to crack a racist joke before I’d even sat down, and rolled seamlessly into reckoning he fancied our chances with two women minding their own business at the other end of the bar. We’re both married, but that didn’t seem to bother him.

“The last time I saw Nathan was in 2001, when sexist comments and casual racism were commonplace. The rest of the world has moved on but sadly the only way Nathan has evolved is to become even more of a bellend than he used to be.”

Muir said: “It was just like old times seeing Stevie-boy again, even when I vomited in the gutter at the end of the night.

“Mind you, he’s turned into a right humourless bastard. And he had no interest in cracking on to a pair of fit birds in the pub, so I reckon over the years he must have gone gay. It’s the only explanation.” 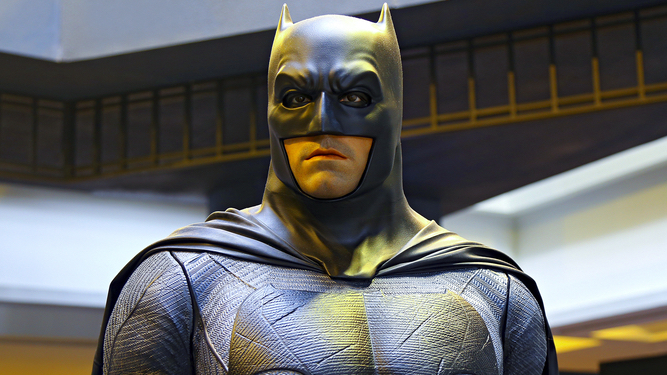 A PETTY thug from Gotham with unreasonably high self-esteem is confident he can take Batman in a scrap.

Tom Logan, who makes his living as a burglar, mugger, and doing occasional goon shifts for Gotham’s various villains,  believes he has what it takes to handle the crime-fighting vigilante and could easily deck the Dark Knight if he was on good form.

Logan said: “Batman isn’t all that tough. Yes, I’ve witnessed him beat the hell out of a dozen armed henchmen without breaking a sweat, but everyone gets lucky.

“And yes, he’s a six-foot-two brute with a selection of deadly weapons and a fancy car with guns on it, but I recently took up kickboxing lessons at my local gym, so I’d say we’re pretty evenly matched, actually.

“People say to me, ‘Tom, you’re being ridiculous. The Batman wears a billion-dollar suit of Kevlar body armour capable of withstanding bullets.’ But they forget my secret weapons: an aluminium baseball bat and a gang of fellow criminals as pathetic as I am.”

Mr Logan was speaking while recovering in a prison hospital after Batman caught him stealing a purse and broke 80 per cent of the bones in his body during a three-second altercation.