A PARTY has acknowledged that if you want to keep up social distancing, MDMA is not the right drug.

Jordan Gardner attended a socially distanced party yesterday and advised anyone doing the same to choose another illegal substance if they want to remain Covid-free.

He continued: “I had some MDMA left over from the cancelled Disclosure gig and I hadn’t seen my mates in ages, so I thought it would be a great opportunity to feel the love.

“But while I was feeling fantastic and wanting to get really tactile, when they saw a red-faced, sweating man lurching toward them, arms wide for a hug, their eyes widened in terror and they backed away like I was the walking dead.

“It’s not really the same, telling your mate Si you love them and it’s you and him against the world and wow this tune from two metres away, outdoors. Also I’m told my dancing was over-exuberant.”

Host Hannah Tomlinson said: “Stick to another drug. Ket’s fine because you just sit in a corner, and the weed smokers love it because they’ve finally got the perfect excuse not to share.

“But if you really want to be paranoid, hyper-aware of who’s near you and making sure they keep too far away to share bodily fluids or your drugs, coke’s the one.”

'I really like it in here', says man on toilet 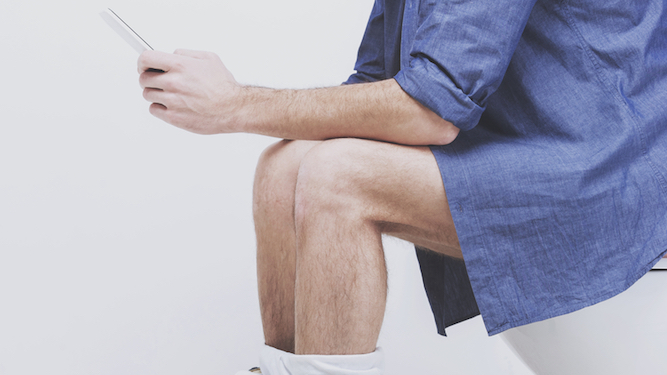 A MAN who has been on the loo for the past 40 minutes while his family is downstairs has quietly admitted that this is the best part of his day.

Father-of-three Julian Cook savours his morning dump as other, childless men might savour a single malt, a Havana cigar or a bottle of Montrachet 2005.

He said: “The moment I lock the door, a sense of warmth and calm rushes over me. I’m safe in my bog sanctuary.

“I’m lord of my domain here, the powerful odour securing my non-negotiable downtime, and for these 40 minutes no one can bother me.

“Sometimes I wonder if I could stay in here forever. Just me and the inanimate bathroom fittings, pondering the big questions of life while browsing shed padlocks online. Bliss.”

Wife Ellen Cook said: “Some people meditate to maintain calm. Julian unwinds by hiding away upstairs until the toilet seat has imprinted onto his arse and his legs have gone numb.

“He’s pulled some weird stunts to get out of spending time with us and this is the least sophisticated, but tough to dispute. And we do appreciate the break from him.”