No point being middle class without John Lewis, Britain agrees

THE UK’s middle classes have agreed that without John Lewis there is no point and they may as well wear shell-suits and eat chips in the car outside the chippy.

The announcement that eight more John Lewis stores are to close has left aspirational and comfortably-off people with no reason not to lapse into the easy life of being scum.

Francesca Johnson said: “At the start of the pandemic I used to reassure the children ‘One day we’ll browse those wooden toys again’.

“What do I tell them now? After a year without art galleries, without English Heritage, without pasta-making lessons at their favourite restaurant, their status is already hanging by a thread. Without John Lewis, it’s over.

“Waitrose? Waitrose is just another supermarket that costs more. John Lewis was a whole lifestyle, from furniture to clothes to Christmas. It made me feel good about buying a big telly.

“Without it, why should I bother? Why shouldn’t I watch Emmerdale licking my fingers after a bucket of chicken while the kids swill blue pop and play Fortnite in their bedrooms? Why keep buying artisanal gin? Ultimately, what is the f**king point of a kitchen island?

“No John Lewis, no more illusions. Pass those Superkings and that can of Strongbow. I’m going to enjoy this.”

How to wean yourself off your lockdown wanking schedule 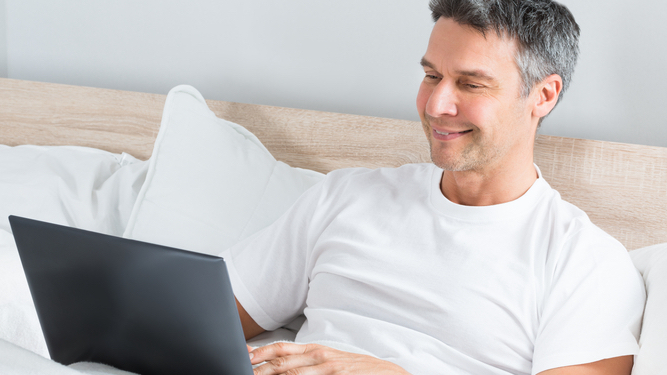 CURRENTLY enjoying multiple acts of self-love a day? With lockdown easing soon, here’s how to cut back on your debilitating habit.

Going cold turkey with your furious wanking regime is never going to work. Instead, set achievable goals and stick to them. Try leaving a couple of hours between each session of self-abuse and work your way up from there. Before you know it your wrists will no longer sound like pepper grinders.

Locking up your nether regions in medieval abstinence cages and throwing away the keys makes going to the toilet difficult, but it’s a sure-fire way to keep your hands off your junk. That’s unless you get turned on by bondage stuff, in which case you’re on your own.

Preferably the least arousing one possible. This rules out jigsaws of Renaissance paintings because they’ve got boobs in them. Stamp collecting is out because the Queen was a bit of a looker back in the day. And don’t even think about trainspotting either because they’re in and out of tunnels all the time. Stick with one of the weirder hobbies like brass rubbing, and pray to God you’re not turned on by that.