Nunchucks, and other things your kids aren't getting in a million years

RAISING children can be a fun, rewarding experience, except when they’re pestering you to buy them wildly unsuitable stuff. Here are five requests that get a hard ‘no’.

You’ve tried a goldfish and the hamster has gone to the big wheel in the sky. One glimpse of a Sunday night nature show and suddenly they want a snake. No chance. Every other pet has bitten you and you don’t fancy taking your chances with this one, however small and apparently harmless it may be.

Kung Fu Panda has got a lot to answer for. Despite you explaining that it’s a lethal weapon, your kid has put this at the top of their birthday and Christmas list for the past five years. Counter offers of a crossbow or BB gun have no hope either.

Whilst an interest in music is to be encouraged, deciding they want an alto sax is not. Not only do they cost upwards of £500, but the only sounds your child will be able to coax from it are a series of squeals and honks that sound like a goose being slowly murdered.

Given that they cost almost half a grand plus the games, there is no chance your child will be getting one of these, even if they didn’t sell out in an instant. Get your SNES out of the attic and try to convince them that collecting coins in Super Mario World is just as cool as killing people in Call of Duty: Black Ops Cold War.

Whilst encouraging your kids to do practical, outdoorsy things is important, you don’t want to send them out into the garden with a sharp blade and several other spiky implements to play with. Hold this one back until they’re 16, when they’ll use it to cut up hash for their pathetic little drug deals.

Getting bird shit on you, and other bollocks lucky omens 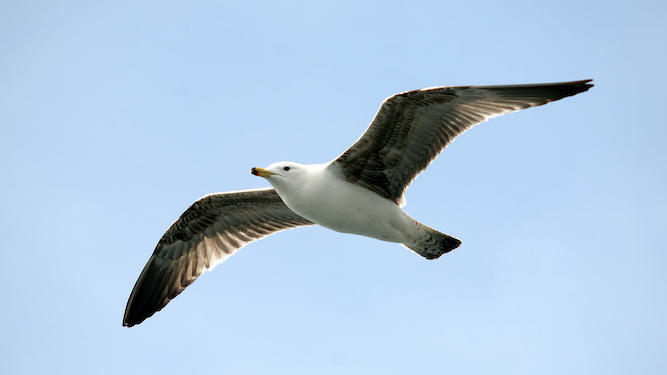 WHILE everybody would like to think they have luck on their side, there are some absolutely ludicrous superstitions out there that need to be questioned. Here are a few of them.

According to popular legend, if you see a lone magpie, to ward off bad luck you have to salute it and say ‘Good morning, Mr Magpie’. You’d better hope there’s some truth to this, otherwise you run the very real risk of being sectioned when you’re spotted wandering around chatting to garden birds.

If you’re lucky enough not to contract hepatitis from picking up dirty loose change off the street, then congratulations on your miraculous find. Maybe you’ll now have enough luck to find a sum of money that is actually worth bending down to pick up.

Getting shat on by a bird

Some cultures believe that having a passing bird shit on you – which by anyone’s standards should be considered a day-ruining experience – confers good luck. Here’s hoping you have enough luck that a dog doesn’t also piss on your leg while you’re walking home to wash the seagull faeces from your hair.

Throwing salt over your shoulder

This supposedly helps ward off evil spirits and the Devil. Let’s hope it also wards off the bloke who was sitting behind you in the beer garden and is now gunning for a fight as you’ve ruined his pint of Stella.

Apparently on the first day of each month, the first words you say should be ‘Rabbit, rabbit, rabbit’. This is possibly the most insane superstition you’ll ever hear, but perhaps it will bring whoever says it enough luck that they manage to find a partner who doesn’t mind waking up with someone spouting gibberish on a regular basis.