Father-in-law has brought his drill

YOUR father-in-law has arrived at your house and for some reason has brought his drill.

Despite not being asked to bring the drill and Covid rules meaning he is not allowed in the house with or without the drill, he is standing at the door with it in his hand and appears to expect to begin drilling imminently.

Your mother-in-law explained: “He’s noticed your bedroom door brushes the carpet, so he’s going to spend the next six to eight hours removing all your doors and rehanging them. Only he might not have time to rehang all of them.

“You know your father-in-law, he likes to keep busy.”

How to be a twat about TV shows on social media 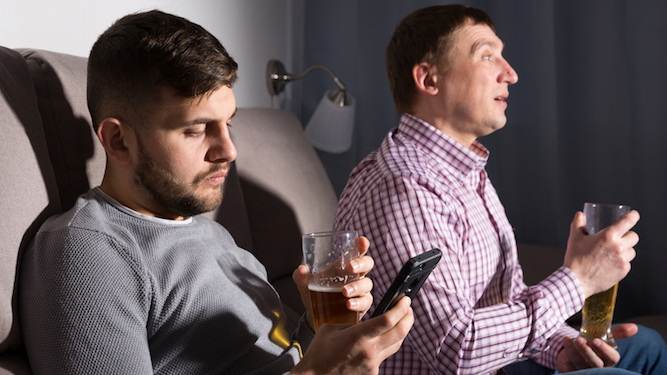 WITH major TV shows returning to our screens, be sure to ruin them for everyone else using social media. Here are some highly annoying habits.

Be sure to post massive spoilers immediately after an episode ends, be it the climax of a blue chip drama, the surprise death of a beloved character or even the winner of a competition show. People will love catching up on 20 hours of Masterchef on video-on-demand, only for you to post the result on Facebook three milliseconds after it finishes.

What better way to show your love for a TV programme than to not really watch it and tweet endlessly instead? Convince yourself the world is dying to hear your half-baked Line of Duty theories every 45 seconds as the episode goes out.

The fact some TV personalities exist in the ‘real’ world of Twitter or Instagram makes some twats feel they’ve got the right to message them directly. Assume Gillian Anderson wants your feedback on her portrayal of Maggie Thatcher on The Crown. And no, Jenny and Lee from Gogglebox aren’t your mates. They’re contractually obligated by Channel 4.

One guaranteed way to f**k off anyone in your timeline is to post endless, repetitive GIFs from your favourite shows in any situation. A friend getting a new job is probably pleased enough already without another GIF of Carlton’s dance from The Fresh Prince of Bel-Air.

Take it way too seriously

Be an unhinged fanboy by calling people who don’t like ‘your’ show idiots, twats and morons. There are some main offenders here – we’re looking at you Doctor Who and Game of Thrones. Pick fault with Peter Capaldi’s Doctor and within three messages it’ll go from friendly banter to someone threatening to stab you with a novelty sonic screwdriver.

Despite it never being easier to research good telly yourself, pester people with ‘Need a new TV show – suggestions please…’ on social media. When you get 200 passionate replies recommending everything from Schitt’s Creek to Succession, annoyingly complain you haven’t got time to watch it all.