A GROUP of people unsure of each others’ names have leaned together, grinning and giving wild hand gestures, as if they are the best friends in the world for a photo.

The sight of a phone camera held high has caused the group to ignore all social conventions and pretend to be a close-knit group of party companions for the benefit of others they do not know viewing the shot on social media.

Tom Booker, who was at the heart of the selfie beaming like he was having the time of his life, said: “Yeah, I think they’re mates of Jamie’s. I only met them tonight.

“Jamie I know though work, though not that well. I didn’t know he had a girlfriend, for example. Or that she’s such a cow. There she is in the photo with my arm around her, smiling.

“I buggered off about five minutes after it was taken, when I was left out of a round and felt nothing but huge relief. But yeah obviously we look like friends from childhood who party together every weekend and whose bond will never be broken. It’s a group selfie.”

No, says mum in deep scary voice as someone tries to throw ramekin away 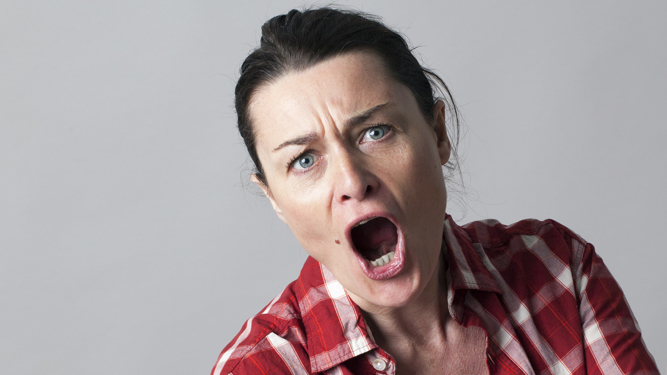 A MIDDLE-AGED mother has responded with terrifying ferocity after someone tried to throw away a ramekin.

49-year-old Nikki Hollis roared “NO” in a demonic-sounding voice when her teenage son Scott tried to put a small glass ramekin, which previously contained a Lidl pudding, in the recycling.

Speaking in a voice several octaves lower than usual, she bellowed: “NO. DO NOT DISCARD THE RAMEKIN. WE SAVE THOSE.

Scott Hollis said: “Mum is pretty chill in most areas, but I never realised saving ramekins was like a spiritual calling for her.

“You could feel the temperature drop. I honestly think if I persisted with putting the ramekin in the recycling, she would have torn me apart like an enraged puma. I was like okay, I am stepping away from the ramekin.”

He added: “We have shitloads of those little ramekins in a cupboard under the sink. You could use them to make an actual-size model of Ben Nevis.”

Nikki Hollis said: “I’m a pretty easygoing person. But there’s another side to me, and if you trying to throw away a ramekin, you’ll see it. And you don’t want that.”