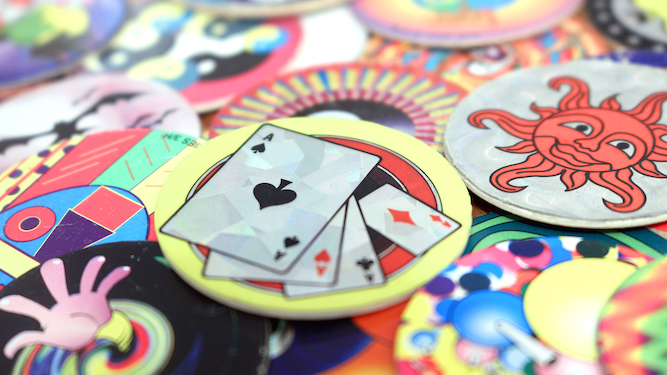 WERE you convinced that collecting some bullshit as a child would pay off in adulthood? Is your collection worth f**k all on eBay? These obsessions weren’t worth your investment:

Cardboard discs? Why? There’s always going to be a rare pog that fetches a fortune but it’s none of the ones you hoarded which makes them exactly the waste of money your parents told you they were. Yes, that includes the shiny kinis, too.

All those lunch breaks watching tough kids from the year above rifle through your collection of Premier League ‘97 Merlin stickers was for nothing. Not least because you didn’t even like football to begin with and were just trying to fit in.

Millions of children were tricked into believing they could be the yo-yo Tony Hawk, mastering hundreds of tricks the world didn’t want to see any more than their parents did. Which is saying something because Tik Tok is clogged with kids doing truly inane shit and raking it in.

You were never, ever going to turn a profit collecting models from Games Workshop. Not only did you have to buy the kits but you had to fork out for the paints as well, none of which was cheap. Melt the figures down for scrap and you might get a couple of quid.

You doggedly pursued those top grades and diligently did those extracurricular activities, but the world’s still run by stupids. But at least you have an educated view of the rise of populist nationalism, so you’ll get to feel smug about that as you’re dragged off to a re-education camp.

He did one f**king lesson a day, says pissed-off PE teacher 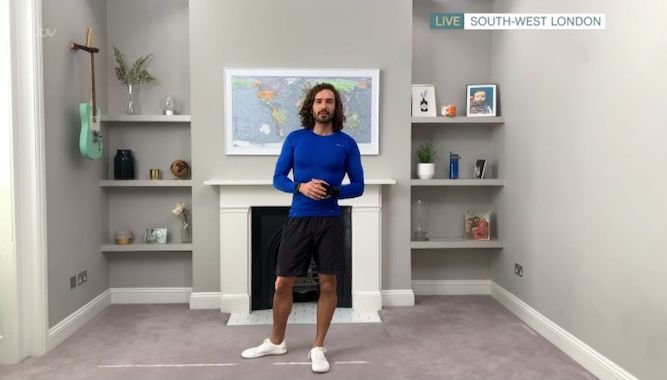 A PE teacher is sick of the fuss over Joe f**king Wicks doing one PE lesson a day for four-and-a-half months.

As Britain calls for national treasure Wicks to be given a life peerage for jumping around in his living room for 30 minutes a day, teacher Steve Malley of Leatherhead suggested everyone get a f**king grip.

He continued: “I’ve been teaching PE for twenty bloody years. How about some recognition for that?

“Instead twinkletoes dances around with his Page 3 wife just when everyone’s at their most bored and he’s a hero. I’ve done 16 lessons a week for decades. And I cover French, but I can’t speak it so I just crack a DVD on.

“He wants to get off YouTube and spend a day here in the Bluebird Academy. We’d see how perky and motivated he is after forcing dog-rough teenagers to go on a cross country run without sneaking off for a spliff.

“He’s given up after 18 weeks? I’ve got decades to go. But somehow he’s the darling of the whole country while I’m fat, bald and barred from my local pub.”

Malley added: “18 weeks. Mind you, I’ve been here 20 years and never done that long without a half-term break.”