BORIS Johnson claimed to have a Brexit deal that required no more effort than a Tesco Chicken Korma for One. Turned out to be bollocks. More like these:

Chickens need a lot of careful preparation before they are ready to go in the oven and come out succulent and delicious. Round Boris’s house it’s just him, Dom and their Brexit negotiating team staring at it and shouting ‘Get in the oven! Or we walk away!’

Salad is the least oven-ready foodstuff in the world because it’s not meant to go in the oven which turns it into a limp, brown mess. So slightly more oven-ready than Johnson’s Brexit deal and more palatable.

Your credit and debit cards

May as well be pools of plastic because sterling will no longer be a viable currency once the UK goes over the no-deal Brexit cliff. Will probably break the oven too, but you won’t have any food to cook in it anyway. Pot Noodles from now on. Government-issue.

If you had wet feet and someone you trusted told you to put them in the oven to dry off, you’d do it, right? If they were charming, and clownish, and funny and offered you £350m a week? Would you start suspecting they’d lied when your skin started to shrivel and burn?

Never cooked a turd? Then how do you know it’s a bad idea? Don’t believe the so-called experts, they’ve never done it either. No way will the stench will linger throughout your house for years to come, ruining your life. And no-deal Brexit will be awesome.

45-year-old gets two-day hangover after looking at pint 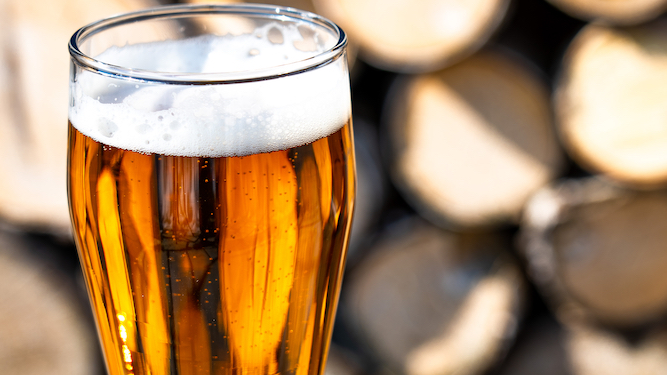 A 45-YEAR-OLD man is still bedridden with a steaming hangover 48 hours after glancing at a pint of Stella Artois.

Joseph Turner walked past a pub on Monday night and ever since has been suffering from symptoms that include dizziness, an inability to get through a sentence without groaning, dry heaves and a craving for a greasy bacon sandwich.

HE explained: “I only walked past the King’s Head on my way to little Tesco for some bits. There were these young lads drinking outside and they all had pints. I bet they had two or three each and were fine.

“Meanwhile I’d allowed my stare to linger on the amber nectar a few seconds too long. By the time I reached the checkout my head was thumping. On the way home I was sick in the gutter.”

Wife Melanie said: “He should know better at his age, allowing his eyes to focus on a pint of beer, and on a Monday too. At least leave it to the weekend so you’ve got time to recover.”

She added: “Not that I’m any better. I saw a bottle of red wine on Instagram last week and couldn’t drive until Friday.”