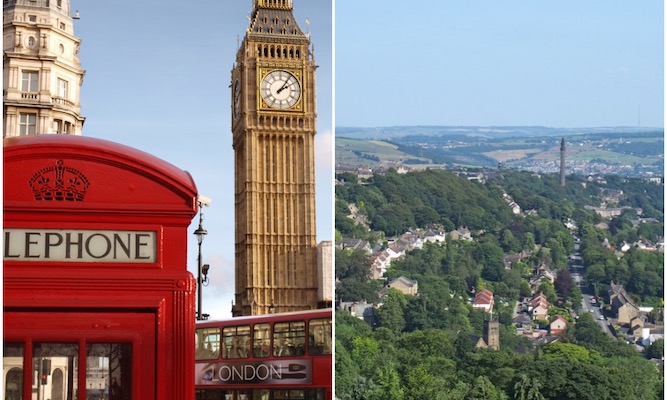 A SURVEY has revealed the worst places to live in England, with London excluded from the results because otherwise it would be nothing but.

Places like Keighley, Rochdale and Peterborough, where a four-bedroom house can be bought for the price of a studio in SE19, have been named as sh*tholes to make the nation feel included.

Property investor Julian Cook said: “There’s nowhere in the UK your quality of life is lower than London.

“But just naming a bunch of London boroughs – Lewisham, Barking, bloody Brent – gets dull for everyone. It’s like when it’s all Cambridge colleges on University Challenge. Doesn’t seem fair.

“So we’ve named Nottingham, a city of leafy streets and uncrowded parks, Halifax in the beautiful Pennines, and Stoke-on-Trent – admittedly a sh*thole but paradise compared to Hackney.

“Of course, there’s no way life in even Doncaster is comparable to the living hell of Wood Green, where burglaries are frequent in the ex-council flat you share with three other highly-paid professionals in extreme poverty.”

Brand strategy consultant Joanna Turner said: “I could sell my one-bed above a Camberwell chicken shop and buy a four-bed detached in Huddersfield. But my job’s too bullsh*t to exist anywhere else.” 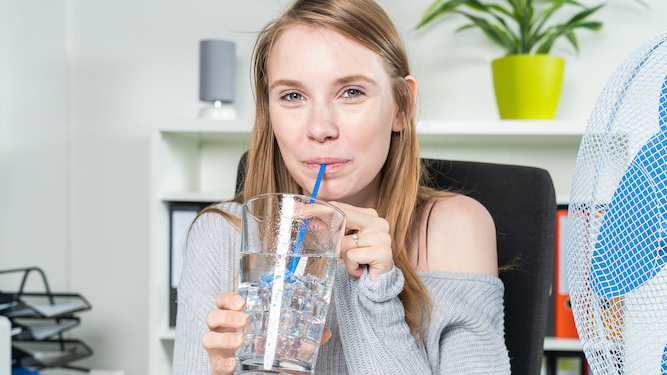 A WOMAN who hates her job has realised that it does at least stop her eating all the time she is awake.

Emma Bradford, a 24-year-old marketing assistant, has been back in work since Monday, has barely eaten chocolate all day long since, and has already lost two pounds.

She said: “It’s kind of an inspired dieting tool. I literally get paid not to eat.

“There’s no way you can inhale a whole stollen before lunchtime at the desk, with stuff to do and people watching. Also it’s awkward pulling out a family-size bag of Kettle Chips, and the canteen doesn’t serve mulled wine.

“And they look at you funny if you wear a grease-stained bathrobe, so work indirectly motivates you to get dressed, too.

“The downside of this new work-diet plan is that you have to dick about with spreadsheets and go to meetings and it’s all totally futile and pointless, but no less so than a juice diet or giving up carbs.