Seven sci-fi things we should have by now but don't

BY this point in the 21st century we expected to be driving around Mars in spacesuits while robots do all the work. But we’re not. Here’s seven other things we’ve been deprived of:

A couple of food pills from your belt dispenser and you’ve had your nutrition for the day, leaving you free to jet about in a perspex helmet. Instead everyone’s obsessed with eating and being first to roast purple yams has societal value.

In the proper future, everyone watched great sports where the participants killed each other. From Rollerball to Death Race to The Running Man, slaughter was entertainment. In 2020, VAR checks whether Wilfried Zaha has bruised his ankle.

Amazing communicators that do everything

Imagine a little device that could communicate with anyone, provide any information, buy things, call transport, watch films and tell you where you are. They all have them in the sci-fi movies. All we have are sodding iPhones.

Not that we really wanted it, but 80s kids grew up expecting to eke out an irradiated living from the poisoned post-apocalyptic land. It feels wrong not to have done at least a couple of years.

Where’s our purple glowing shots that switch our mind with some kind of Arcturian hyper-monkey for two days? There hasn’t been a new drug since E.

In fictional 2020, you tell your hover-cab driver ‘You don’t blizbek me as a typical Venturi transvek klon’. In our 2020 the only new words are sh*t like ‘Brexit’, ‘The Goop Lab’ and ‘stan energy’.

A f**king moonbase, even

It wouldn’t even have to be a good one. Just a few domes linked with tubes, a rocket pad, a buggy and a rotating international staff. Just to say we had one, when the aliens come. 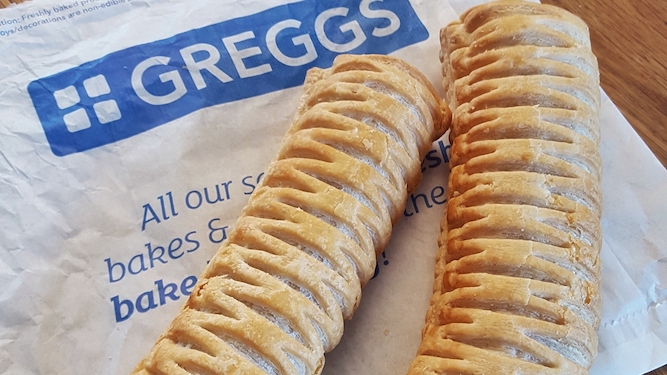 A MAN taking part in Veganuary is doing it entirely from Greggs’ vegan range, he has confirmed.

Tom Booker switched to a vegan lifestyle a week ago, both for environmental reasons and to lose weight, and has so far eaten 12 vegan sausage rolls and nine vegan steak bakes from the high-street baker.

Booker said: “Vegans are always banging on about how hard it is to find food that’s suitable for them. I don’t see the problem.

“Yes, there’s a limited choice, but I’ve been going to Greggs three times a day for the last week and it’s all fine when it’s covered in puff pastry.

“Sure, it’s easy to be tempted by the bacon and cheese wraps and pepperoni pizzas, but you just know the plant-based options are much better for your body. And also cheap.

“Can I sustain it for a whole month? Probably. Like they even have Greggs at motorway services now, so this could be it. Vegan for life.”

Booker added: “Though I’ve put on a stone, I’ve got more spots than a teenager and I haven’t defecated in six days.”