IT would not be Halloween without terrible or inappropriate costumes. Here are the worst offenders you’ll see in 2021:

People who haven’t seen the smash-hit Netflix series from South Korea will try to look topical by wearing a squid costume and holding a toy gun, which they blindly assume is what the show’s main character looks like. Don’t worry though, hardcore fans dressed up as that creepy red light, green light doll will beat the shit out of these dickheads for you.

Sexy twists on spooky characters are a Halloween staple, so expect to see women doll themselves up as a f**kable zombie version of the Chief Medical Officer. The undead ‘Chris Fitty’ costume will include a latex bald cap and a suit that somehow reveals a generous amount of cleavage, and everyone wearing it will drawl ‘next slide please’ in a creepy yet hot voice. You’ll be disgusted by how much it turns you on.

Traditionally worn by kids who got a last-minute trick-or-treat invite, these costumes will be made from any old crap that happens to be lying around the house. Expect to see lots of children wrapped in toilet paper claiming to be a mummy, and a sad act holding a toilet plunger who says they’re a Dalek. Smart parents will go for Frankenstein’s monster so they can reuse the outfit on World Book Day.

The ‘next James Bond’

This is the lazy costume for adult men who don’t like to look silly. It’s the same old suit they wear to every baptism and funeral service, only this time they say they’re cosplaying as Daniel Craig’s replacement. The effect is somewhat ruined by their bulging beer belly and rudimentary grasp of the Bond films, as evidenced by when they try to order a ‘stirred not shaken’ vodka martini from the bar.

The window of opportunity to dress as the Orange One has passed. Show a bit of respect to current US politics and go as the zombie corpse of Joe Biden instead. There’s a decent chance he could keel over in the next day or two anyway, which would really take that costume to the next level.

Five dog breeds your mum can't quite remember the name of 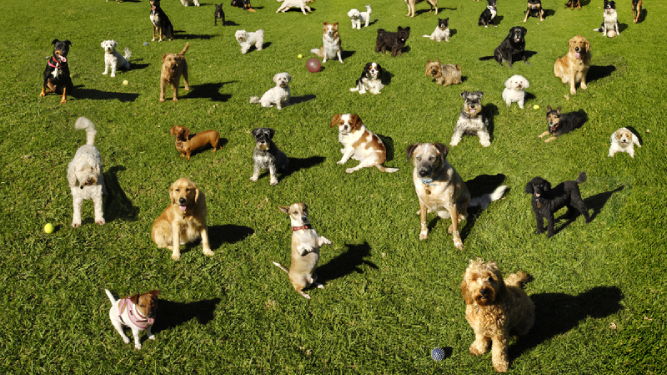 YOUR mum loves dogs so much she can never remember what they are called. Which breeds is she describing here?

1. The angry guard dog ones. With the pointy ears. They’re always being walked by sad looking men in hi-vis jackets. Police use them too. One chased your Uncle Terry when he stole that copper pipe from the building site. Bit his left arse cheek. He said it was German, but it definitely barked in English.

2. That one all the celebrities have. Well, celebrities and those normal women who get fake chests and lips. I think they live in handbags, which looks dead handy. They seem a bit snide, I think they’d bully the other dogs. Pretty sure they have a Mexican name – Acapulco? Quesadilla? Or maybe Margaritas?

3. The one with the eyes. Gorgeous they are. Look kind of beautiful but haunted, like Paul Hollywood. People used to have pictures of them howling on these lovely T-shirts. Wayne from the off licence used to own a couple. You know Wayne, the one who got arrested for having all those nunchucks and samurai swords.

4. Those small shuffling ones. The ones with short legs that the Queen has. I saw one dressed as a Beefeater once. Unless I dreamt it. She does well doesn’t she, the Queen. She’s 95, you know. I wonder if she walks them herself. Probably has a butler or footman for that.

5. Absolutely massive things, they are. I saw one once and I thought it was a horse. I said to its owners ‘that’s a nice horse’ and they laughed. Which seemed a bit unnecessary. You could definitely put a jockey on one and see how it does at Cheltenham. Mr Booker on Kellett Road used to have one, had to scoop up its ‘business’ with a shovel.