A WEIRD family has been spotted actually cooking and eating the contents of their decorative Halloween pumpkins.

The Shaw family has disgusted everyone on their street by using the innards of their carved Halloween pumpkins to make a nutritious soup, rather than throwing the extracted pulp straight in the bin like sane people.

Neighbour Kelly Howard said: “There’s always been something off about that lot. But it wasn’t until I saw them happily slurping away on bright orange soup instead of stuffing their faces with chocolate that I was convinced they were nuts.

“Don’t they know pumpkins only exist to be hollowed out and filled with candles to provide seconds of entertainment, or to be flavouring for overpriced seasonal lattes? If nature wanted pumpkins to be eaten she wouldn’t have made them taste like shit.

“I shouldn’t have been surprised, given that I heard them lecturing their kids on the historical importance of All Hallows’ Eve. Can’t they just buy a tacky plastic Minion costume from ASDA and call it a day like everyone else?”

Mother Eleanor Shaw said: “If anyone comes trick-or-treating we’ll ladle hearty servings of pumpkin soup into their goody bags. That way they’ll know we’re better than them, which is what really matters.”

A single Jagerbomb, and other ways to ruin a night out in your 40s 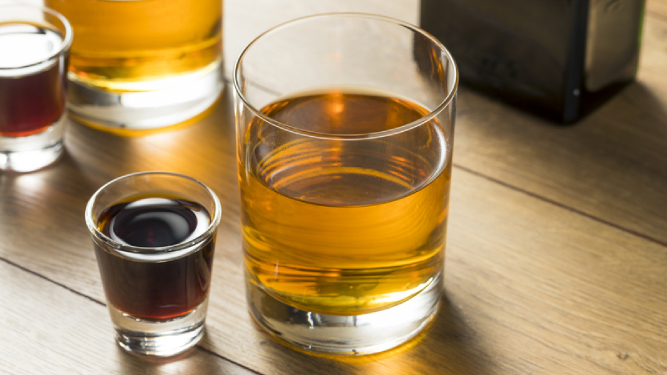 THINKING of a night out despite being middle aged? Here’s how you will be reminded you are too old for such an activity.

Staying out after midnight

‘The night’s still young!’ you’ll tell yourself at midnight. That may be but you certainly aren’t. You’ll head on to a late bar under the impression you can last until 5am, start to feel drowsy halfway through the next pint then leave. After passing out on the night bus you’ll be woken up in the depot by the driver angrily shaking you.

The days of enjoying a night out on an empty stomach are long behind you. While you used to scream ‘eating’s cheating’ at anyone cowardly enough to soak up alcohol with food, now you secretly wish you could eat a three course meal in between rounds. Instead you’ll graze on crisps which will make f**k all difference and will be puked up in the morning.

Thinking that you’re still able to handle booze like you did before you had kids, you’ll foolishly order yourself an energy drink with a shot of Jagermeister. Aside from making your mouth feel stickier and more disgusting than the pub’s carpet, you’ll have consumed enough caffeine to guarantee that your feeble, ageing body won’t sleep for the next week.

Going to a club

Eager to relieve the hedonistic nights out of your 20s, you’ll head to a twatty club that sounds like it’s named after a team from The Apprentice. After spending 40 minutes queuing to get into Polaris Aspire, you’ll get a call from the babysitter asking you to come home because your daughter wants you to read them a bedtime story.

Wondering why you’ve woken up the next morning feeling like a tank has driven over you? It’s because you foolishly decided to hit the dance floor for approximately 30 seconds the previous night, before rolling an ankle and putting your back out trying to jump around to Mr Brightside. You’ll be on crutches for the next six months.