EVERYTHING’S great, apart from the insects that don’t understand the indoor-outdoor boundary and violate it. Like these pricks.

Somehow was able to discern the difference between glass and open air well enough to enter the house, but now has no f**king idea so spends all day ramming into one particular corner of one particular window in the hope it will vanish. Then the same again tomorrow.

Quiet all day but when night falls you pop a light on and there the f**ker is, slamming noisily into it every two seconds. Apparently trying to navigate by the moon which is such a pathetic failure it makes you hate them even more.

Not a sign of them until there’s a minor spill of orange juice on a worktop that’s not wiped up, and immediately they’re f**king everywhere, marching around like your kitchen’s an open-cast mine and they’re tireless toilers. Their source is undetermined and they survive being crushed.

Indiscernible until the resident is still, perhaps reading or watching telly, when it decides now is its time to shine by buzzing repeatedly around the face, as if trying to send a desperate message. Is told to f**k off, with lingering worries it may bite.

Freaky twats who dance around your bathroom creating oversized shadows and shedding legs with gay abandon. The ratio of legs to body is deeply unpleasant anyway. Squash with your partner’s towel.

The big one. A signal for everyone in the house to panic like a class of over-stimulated schoolchildren, yelling and ducking and opening windows as if wasps can kill you. Remain gripped by terror until it is ushered out or squished. Talk about the incident at work next week as if you nearly died. 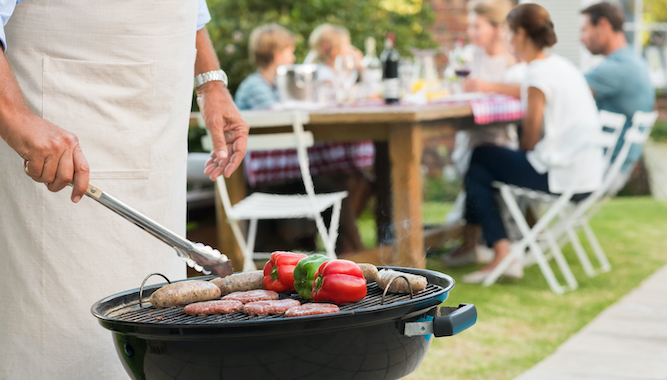 THE UK is unknowingly celebrating the ancient pagan holiday of Beltane by having a barbecue with a few cans in the back garden.

Beltane, which marks the beginning of summer, was traditionally celebrated every May 1st by dancing around a bonfire and the holding of a feast, which today’s rituals are a small, pathetic echo of.

Nathan Muir of Coventry said: “It’s a nice dry bank holiday weekend so I felt a primitive calling, deep within my Celtic-nine-times-removed soul, to get the barbecue out.

“Something about kindling those flames seemed right to me. I thought I’d cook lamb on it but instead of slaughtering one myself in front of the whole village I bought it from Sainsbury’s. Don’t know why I even thought of the slaughtering thing.

“Then we had a nice meal on paper plates and I had two lagers, rather than getting violently drunk on home-brewed mead and roaring at the sky in celebration of my tribe having survived another harsh winter.

“Later on me and the boys threw a frisbee around, while in the very back of my mind a thousand blue-painted men leapt through fires and daubed themselves with ashes. It was a lovely day.”

Wife Sharon Muir said: “In the evening Nathan asked if I wanted to make savage love as a celebration of spring and to encourage crop growth in the season to come. But I’d just put a face pack on.”