AN unbearably smug couple have imbued smugness into every aspect of their lives, it has emerged.

Frequently sharing their idyllic life on Facebook and Instagram, Joseph and Helen Turner have managed to make even inanimate objects appear self-satisfied.

Joseph, wearing a wide, shit-eating grin, said: “Things have been going well for Helen and I. While some of our friends have had to scrimp and save for a mortgage, we were lucky enough to move into the beautiful but well-situated cottage her grandparents left her.

“Since we moved we’ve just gone from strength to strength. Helen became pregnant immediately and on maternity leave found she had a real knack for landscape gardening.”

Speaking from their expensive sofa, Helen went on: “Joseph has a well-paid but worthy job in the City, working in the charity sector, and he’s able to work from home most days.

“Our son Nathaniel is a happy, healthy boy and very advanced for his age. We’ll probably spawn an equally adorable sibling for him soon. We’re also getting a Labrador puppy so our family photos will make people with mediocre lives incredibly depressed.

“We’re just so grateful to have all these lovely things in our life, and be able to share it on social media all the f**king time.”

The condescending Guardian columnist's guide to how men work 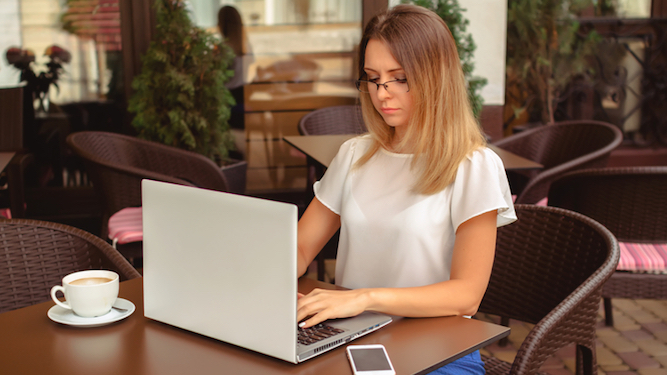 STRUGGLING to understand men but don’t want to actually talk to them? Patronising Guardian journalist Joanna Kramer reveals what makes them tick.

They have at least three emotions

These include anger, repression and hungry. But my studies show men are capable of exhibiting more feelings, such as toxic happiness and privileged ennui. These are deeply problematic and must be replaced with guilt immediately.

Men like food, water and shelter, but their other needs are equally unsophisticated: beer, sport and looking at attractive women. All men are like this, so if you know a man, make him try Guardian-friendly activities such as cooking vegetarian Indian food and replace his copy of FHM with an interesting article about fourth wave feminism.

Sometimes they wrongly think they’re having a tough day

Even though they’re privileged 24/7. A quick reminder of how irrelevant his concerns are in the larger scheme of things will cheer any man up instantly, and in no time he’ll be back to doing blokey stuff like talking about cars and burying his feelings.

Sometimes they think about more than sex

Surprisingly, the desires of a cisgendered heterosexual man are not that simple. Apparently there’s more to it than just putting their penis in a vagina, and rumour has it they’ve been known to care about the physical and mental wellbeing of women. Or other men. Luckily I am here to share this ground-breaking revelation.

They’re sensitive in their own way

Men take sweeping criticisms of their gender personally for some reason. It’s one of their many inherent flaws. And as long as hacks like me can pay their mortgage by writing about them in a semi-ironic way that’s never going to change. Sorry guys.