The first snowdrops, and other things twee wankers get excited about

KNOW someone who thinks spring is here because they’ve seen one snowdrop? They’re probably excited about all this nonsense too:

Unbearably twee people rhapsodise over the first snowdrops of the year, thinking they herald the coming of spring. Sensible people just see these pathetic little flowers as a sign there are three more grey, depressing months to get through before it turns ever-so-slightly warmer.

Positive people believe the younger generation will find the answers to problems like climate change. They forget they’ll turn into an older generation and won’t care once they start buying cars and holidays. Plus they’ll want to feel superior to the next younger generation, eg. ‘They’d probably burst into tears if they had to use my old 30Mb broadband.’

‘A chaffinch has started visiting my garden!’ happy idiots delightedly exclaim. Yes, in its robotic daily struggle to avoid starvation and get nest stuff so it doesn’t freeze to death. Anyway it’s only a bloody bird. It’s not like Jesus keeps popping round.

The nights drawing out

Cheerful bastards start harping on about the evenings getting lighter on December 22nd, despite the fact that it’s still pitch black by 4pm and you won’t actually notice any difference until March. They practically piss their pants with joy when the clocks go back, even though it’s likely to rain solidly for the next six weeks and summer will be shit anyway.

Soppy bellends are somehow able to endlessly convince themselves that things are going to get better, despite a lifetime of evidence to the contrary. Your wife’s left you and keyed the words ‘cheating ballbag scum’ on your car? Never mind, they’ll say, things can only improve from here. Not really. You might get hit by a meteorite.

The lovely wallpaper: Six things the Sue Gray report is allowed to talk about 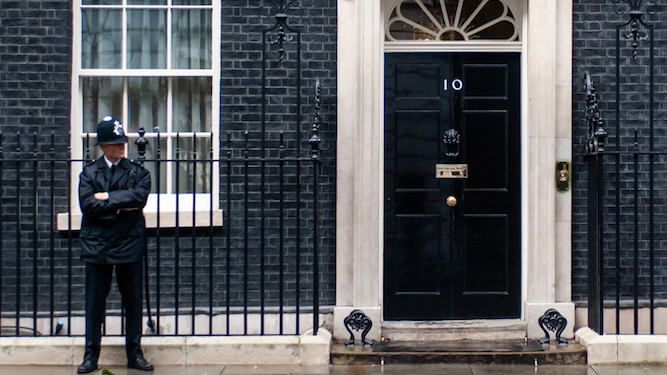 Everyone thought £840 per roll was extortionate. But whole chapters of Sue Gray’s report will be dedicated to explaining why the Lulu Lytle wallpaper was actually a good buy. There will be a sumptuous colour photo of it to dispel any doubts and you’ll think, ‘That’s quite nice, really.’ Another important Downing Street controversy laid to raid.

How bloody good the Met Police is

Forget the NHS, Gray will argue it’s the Met Police who have been the most valuable Britons over the last couple of years. Besides guarding Downing Street night and day, they’ve also taken a gruelling report off her hands. We should all applaud the police and Cressida Dick from our windows tonight at 8pm sharp.

Downing Street might look a bit old and run-down, but it has excellent soundproofing, sparing neighbours unwanted noise like a couple having another blazing row. State-of-the-art acoustic insulation and foam panels mean you could hypothetically hold a rave in the basement and someone outside wouldn’t hear a peep. Of course that would never happen though.

No government report would be complete without mentioning levelling up. This chapter will be light on details but sound impressive, with dynamic pictures of trains and a big money pouch with a pound sign on it to distract you. ‘Levelling up’ will be mentioned in every sentence and by the end you’ll be wholeheartedly in favour simply due to the crude brainwashing.

Our great leader can now stagger whole metres without keeling over, and it’s about time we recognised this amazing achievement. And all it took was a burning ambition to be PM to transform him from an overweight scruff into a slightly less overweight scruff. The public could learn a lot from his example.

That photo of Starmer drinking wine

This is the one party Sue Gray will be free to explore in forensic detail. Her meticulous research will uncover what type of wine it was, how much it cost the taxpayer and who made the glass he’s drinking from. These explosive findings will then be splashed across the Daily Mail front page for the next 30 years.