The five back-to-school purchases that will absolutely bankrupt you

SEPTEMBER is almost upon us which means you finally get rid of your little angels for another term, but it comes at a price – literally. Take out a second mortgage for this lot.

It’s one of the mysteries of the universe why something so small costs so much money. A tiny pair of black leather uppers aren’t far off the price you would pay for adult sized shoes. This is especially annoying as your kid will grow out of them in six months.

On its own, a single tie certainly isn’t the most expensive item on the back to school list but it’s never a single tie. After you have replaced a lost tie every few weeks for the entire school year you will have probably spent enough to afford your own football club (or three pairs of school shoes).

Forking out for a term’s worth of crap your kids definitely won’t eat may seem like a stupid thing to do but it is better than the alternative – making them a packed lunch every single day.

No sooner have your children walked through the school gates than they are inundated with offers of after school clubs they just can’t miss, mostly because their best mates are doing them. And because you convince yourself this will be the one club they definitely won’t quit after two weeks you fork out for Fantastic Gymnastics or Science Soldiers anyway.

Life in the old days was simultaneously punishingly hard and much better than now, grandfather confirms 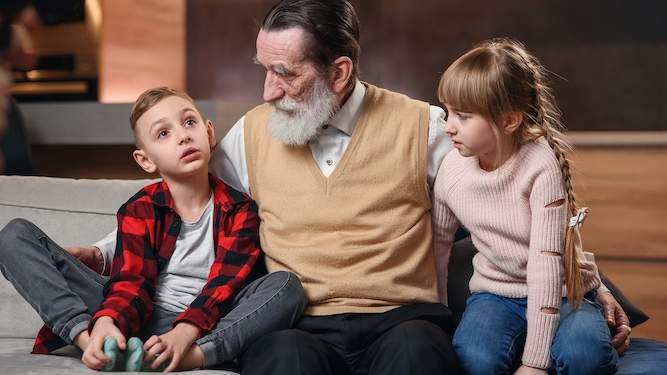 A 66-YEAR-OLD has confirmed that life when he was younger was uncomfortable and difficult at the same time as being wonderful in every way.

Norman Steele regularly tells his grandchildren that his childhood and youth were full of hardship and therefore far superior to the way people live now.

He explained: “There were no tellys or videogames or hamburgers back then. Instead we had corporal punishment, hand-washed our clothes and ate boiled cabbage for every meal.

“And that diet, and being regularly beated by sadistic teachers, and the back-breaking labour required to get a clean shirt, made me the man I am today who’s loads better than you because I grew up in a golden age.

“When I got married for the first five years we had nothing to sit on but an old tea-chest and in the winter of 1974 we had to burn that. And that marriage is still going strong today.

“University? I was working in my father’s joinery shop from the age of seven, and full-time at 14 because he only had one arm from the war. Men were men back then, and I’ve got the psychological scars to prove it, as well as a massive chip on my shoulder about how great it was.”

Hobbs’ granddaughter Francesca said: “We indulge grandpa and his nonsensical bollocks, but he’s got the biggest telly out of anyone I know.”