The idiot's guide to changing your name

WANT to change your name? Perhaps you’re on the run or just tired of being called Leslie Smallcock? Here’s how to do it without sounding like a tw*t.

Don’t give yourself a stupid macho name

Names like Brad, Tyler and Wolf may sound cool now, but if you get married in the near future and the vicar has to say “Do you take Maverick Brett Tyson Kirk to be your lawful wedded husband?” the church will be flooded with p*ss.

Stick with your ethnicity

If you’re a red-headed, pale-skinned Scot called Fergus McGregor it’s unlikely you’re going to be able to pass yourself off as a Rajesh Singh. Opt for a sensible compromise, eg. Angus McPatel.

Remember that some companies and organisations will use your initials instead of your full name. Be careful not to give yourself initials that will come back to haunt you, eg. by Adam Roger Steve Ellis.

As with choosing a name for a child, don’t go with anything that is blatantly based on a contemporary famous person, such as Beyonce Smith, Scarlett-Jo Wilson or Statham Rock Lightfoot.

Avoid spoonerisms at all costs

Names like Ricky Steer and Betty Swalls should be avoided for obvious reasons.

Be aware that changing your name is a giant ballsache

Having to fill in a deed poll form and then contact every organisation in the entire history of the world is an enormous hassle, so ask if you really want to do it. Maybe you could just wear a fake moustache, glasses and nose combo instead? 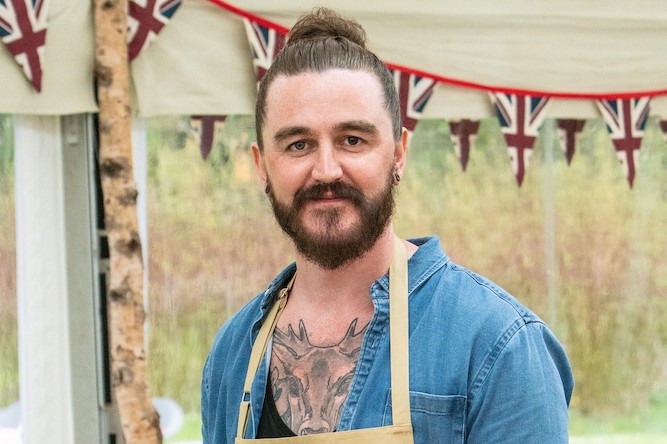 CHANNEL 4 has unveiled this year’s Bake Off hipster, who will meet with a terrible fate.

‘Dan’, who has a beard, tattoos and a ‘man bun’, has been confirmed as this season’s sacrificial hipster who will leave the show in an ignominious and possibly gruesome manner.

A  Channel 4 spokesman said: “Somehow it’s become part of the The Great British Bake Off format that a hipster has to experience suffering. In fact, the cake stuff is secondary to that.

“Last year’s hipster had a bit of a meltdown and chucked his cake in the bin, but was never properly punished. So there’s a lot of bad hipster karma unaccounted for.

“We can’t tell you what happens to Dan, but a lot of those kitchen implements are very sharp and maybe that hat obscures his peripheral vision when he’s rushing around.”

Bake Off fan Emma Bradford said: “I’ve never met this man, but his tattoos and facial hair have made him a lightning rod for all my frustrations with the world.

“Perhaps he gets eaten by an oven. I would like that.”