The morning person's guide to being an insufferable twat

SPRING out of bed at the crack of dawn? The world hates you. Here’s how morning twats make life a living hell for the rest of us:

Chide people for not being up at 5am

When your bleary-eyed housemates finally rise from their pits at 8am, greet them with an ironic ‘good afternoon’ as you passive-aggressively sip coffee. What did you do with your extra three hours? Sit there waiting?

Quietly pouring milk over Cheerios won’t cut it. Clatter around the kitchen slamming cupboard doors, whizz up a breakfast smoothie, and crank up your Spotify playlist of rave classics to deprive your whole street of precious REM sleep.

Talk about how much you’ve already achieved

Bake a cake or go for a run before the sun rises then wake everyone up posting on Instagram. Late risers will wearily call you a twat before they’re even out of bed. For best results, do on a Sunday.

Make it your identity

Call yourself an early bird and everyone who wakes up later a night owl, then use this to judge their character like a Myers-Briggs interviewer. You’re better and they’re inhuman scum, so hide your self-satisfaction behind a sub-Priti Patel smirk.

Complain about noise at 8pm the night before

Expect everyone to put on the subtitles and talk in whispers after you retire at 7pm. Wear a sleeping mask to drive home the point that you’re getting your shut-eye, ready to repeat your pantomime of moral superiority first thing tomorrow.

How to blame Remain voters for Brexit 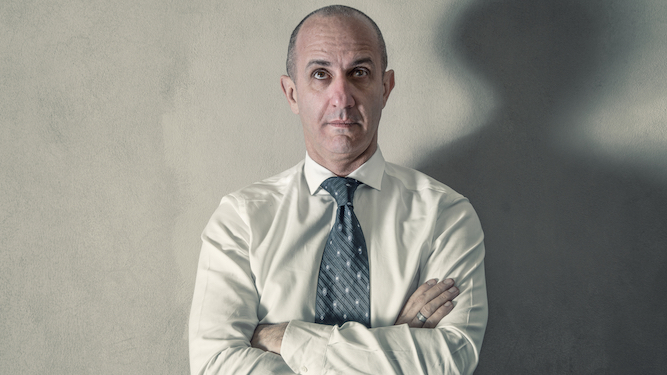 ARE you a Leaver starting to think Brexit might be as bad as everyone said? Here’s how to blame Remainers for it:

They didn’t get behind Brexit

Unfathomably, the people who opposed a thing still opposed it a day later. They should have embraced it, like in the old Brexiter saying ‘Don’t be ungrateful when your house is burned down for it’s doubled the size of your garden’.

They didn’t accept a soft Brexit

Brexit could have been as soft and squidgy as a toasted marshmallow if only nasty Remain MPs hadn’t made a fuss. Theresa May – remember her? – loved the single market and open borders and all that, but you people wouldn’t behave.

If the incessant whining had ever stopped, we’d be a united country. Remainers should have sucked up the insults from the winners, the media and Theresa May – she used to be prime minister – but no, they went running to the courts like little bitches.

They don’t believe in Britain

Every third thought that passes through a Brexiter’s head is about how great Britain is. For Remainers, we’re lucky if it’s one in 20. No wonder the EU saw our weakness and forced us to sign deals that were great triumphs at the time but turned out to be bollocks later.

It can’t be your fault

You’re a patriot who defied the elites and made a decision everybody cheered for because it was right. If Brexit leads to a second recession and you personally losing your job and car, it’s lefty liberal Corbynite citizen-of-nowhere do-gooder Marxist snowflake luvvie traitors to blame. You only voted for it.