The only times a middle aged man should run

MIDDLE aged men are designed for sitting down. These are the only times when breaking into a run is acceptable:

Your car is being towed

Nothing sparks a middle aged man into action more than seeing his second-favourite chair being towed away. Onlookers will be shocked to see an out-of-shape bloke in an uncool outdoor jacket suddenly turn into Sonic the Hedgehog.

This occurs when the middle-aged man and his wife only hear the last call to board their plane home. The resultant embarrassing panic sprint with overstuffed cases and bags of crap souvenirs will be bettered only by the return sprint to retrieve the boarding passes he left in the departure lounge.

Whether it’s a 4am dash to the bathroom or tearing through a motorway services, a middle aged man will outpace Usain Bolt to get to a urinal. There’d better not be a queue, though, because all those cups of tea will have generated enough fluid to extinguish a forest fire.

In pursuit of a five pound note

A middle aged man will gladly throw five pounds away every Sunday morning on an array of newspapers to tut over. But if a five pound note is snatched away by a gust of wind, he’ll be sprinting after it like Rocky Balboa chasing a chicken.

During a midlife crisis

During his midlife crisis a middle aged man may take up running in a punishing attempt to recapture his youthful vigour. Exercise is a good thing, but you’ll probably give up and deal with the midlife crisis by listening to Chris Rea in a newly-purchased sportscar instead. 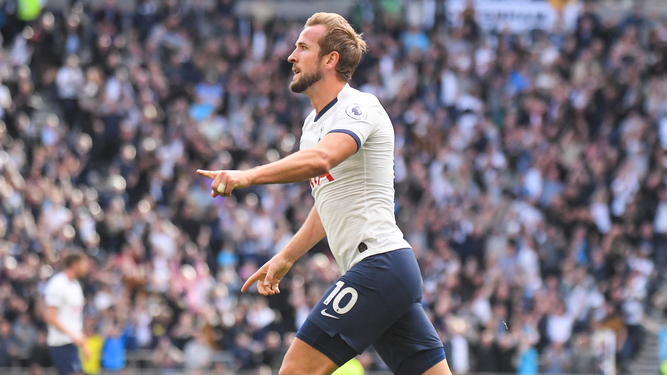 ENGLAND won fair and square and everyone’s jealous. But malcontents are whispering about some dive-penalty-laser-pen-cheating crap. Here’s how to correct them:

The challenge on Raheem Sterling by ruthless giant Joakim Mæhle was among the harshest ever seen in football. Estimated as carrying enough force to write off a Vauxhall Corsa, Sterling only survived by throwing himself free. The penalty was nailed on.

There were two balls on the pitch

If no other team in this championship has scored enough points to unlock the multiball, the shame is theirs and not ours. All England should be embarrassed about is failing to score two goals simultaneously when presented with a golden opportunity to do so.

England fans shone a laser pen in the goalkeeper’s face

There’s no proof it was England fans. It could have anyone – an absent-minded hitman using his telescopic sight for a better view, a cat owner trying to amuse their pet, or aliens. In any case, hailing from the land of the midnight sun means Danes are at their most comfortable when squinting into blinding light. The laser probably helped.

Harry Kane did not – could not – miss a penalty, because he is the reincarnation of Richard the Lionheart. Instead, because like all Englishmen he savours irony, he allowed the Danes a few seconds to believe they had a chance before coolly slotting home the rebound just to see the look on their stupid Lego faces.

Denmark only had 10 men in extra time

In Denmark football games often finish early because players drift off to visit the Little Mermaid, listen to Aqua or simply leaf through pornography. If a Danish player got stuck into the post-game poached cod early that’s hardly England’s fault. Indeed, by failing to take advantage with a further six goals we proved ourselves Euro 2020’s gentlemen.