PUBS are a great place to for adults to relax but they also work as soft play areas for parents who don’t give a shit about other drinkers. Here’s how…

Make sure your kids run around

Give your children all the physical fun of soft play by being oblivious to the fact that they’ve spent the last half-hour jumping from one sofa to another, ruining a couple’s attempt to have a date.

Keep feeding them coke and crisps until they’re shrieking loudly enough to change the atmosphere from ‘Having a quiet pint’ to ‘Am I in Jacob’s Ladder?’.

Soft play always has a ‘thrilling’ element for kids like a slide. Recreate this excitement by getting your children to play by the kitchen door where the waiters are coming out with hot food.

Work off their energy

Tire them out so you get a quiet evening by timing them doing races up and down the pub. Watch proudly as they race past the annoyed stares of otherwise normal people now wishing to kill them.

You’re not finished yet!

Get up and look like you’re about to leave, much to everyone’s relief, but then get your child to order something from the bar. It’s absolutely adorable and customers won’t mind being held up by a six-year-old who can’t decide what flavour Nik Naks she wants. 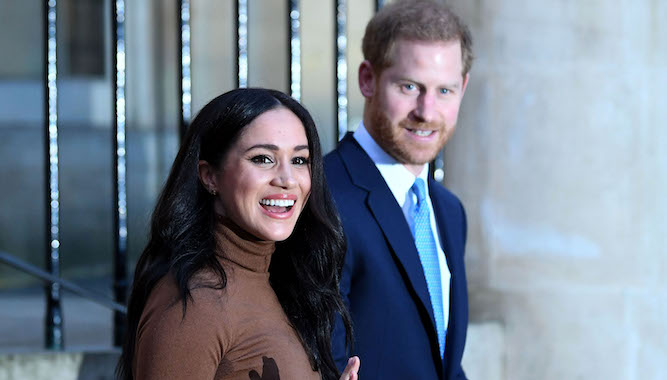 HARRY and Meghan are back in the UK to smile, wave and nick all the things they forgot first time around. But what are they?

Paintings by Titian, Rubens and Caravaggio

Modern girl Meghan has decided she misses the faded charm of the Royal palaces, and thinks a few Old Masters will give their Vancouver penthouse that touch of class. She’ll keep the Queen talking while Harry shoves them in a bag.

Commissioned by George IV, this Damascus steel blade is encrusted with more than 3,000 diamonds. Harry’s the only Royal who’s been a proper soldier so great-x7-grandad would have wanted him to have it.

Granny’s an old woman – as long as she’s got her corgi and her reading glasses resting atop a copy of The People’s Friend she’s happy. She doesn’t need all this gold and if it’s left there you just know Kate’s commoner family will be trousering the lot.

Meghan’s logic is: we had it renovated to our design, then we had to pay for the renovations, so basically we’ve bought it and it’s ours. Wholesale dismantling and relocation to Hollywood Hills to be disguised by scaffolding.

Ever since he was a boy, Harry’s always wanted his own archipelago. And what better location to rule from as a king-in-exile while everyone on the mainland is wiped out by the coronavirus? The deeds are already stuffed up his jumper.

They love it over in North America. Also it’s liberal and green and multiracial just like Harry and Meghan are, and Britain clearly doesn’t want it or it wouldn’t have elected Boris. The BBC will be loaded into a van and sneaked out of the country at 3am tomorrow.