The six worst possible places to be caught needing a shit

HAVING a massive dump in the morning is a wonderful experience, but there are situations where getting caught short is your worst nightmare. Avoid these at all costs.

Left at the double doors, up two flights of stairs, turn left, down another flight of stairs – emptying your bowels in your local Spoons requires considerable advance planning. Best to begin your journey long before you feel the urge, unless you’ve just eaten there, in which case you’ll be shitting through the eye of a needle within minutes.

Those stupid f**king sliding doors will steadfastly refuse to open no matter how desperate you are, and even if you do make it through them in time it’s important to never let your arse cheeks touch the filthy seat. That’s assuming there isn’t a queue of 30 people or all the toilets are out of order. If so, your journey just turned into that sadistic Japanese game show Endurance.

At a posh dinner party

Your partner’s boss has invited you over for dinner and right on cue your guts start sending out warning signs during the starter. You know that as you sit on the bog and the seconds tick by they’ll all be thinking, correctly, that you’re having a shit, not a wee. If the downstairs toilet is right next to the dining room and you perform a symphony of farts, grunt and splashes it may be easiest to climb out of the window and run away to avoid the embarrassment of going back.

In an important Zoom meeting

You’d think working from home would avoid defecatory dilemmas, but it’s hard to excuse yourself from Zoom without a terrible excuse, eg.‘I think there might be an owl trapped in the loft.’ You can try the high-risk strategy of balancing your laptop on your knees on the toilet, but you’ll need to have a silent shit like a ninja. Oh and don’t treat the entire office to a full frontal.

At the swimming baths

A sudden uncontrollable urge to birth a turd is the last thing you need when sedately splishing up and down the municipal swimming baths. If there’s no time to make it out and rush to the toilets, pull your shorts down, launch the torpedo and hope someone blames it on one of the little kids. A bit disgusting, but you can muse wryly on the fact that you have ‘done a length’.

On a long cycle ride

An afternoon out with your cycling mates sounded like a good idea, but now you’ve got a stool in a hurry to liberate itself. You’re miles from a toilet on open roads, so pray a suitable ditch comes along and hope your dreary cycling-obsessive buddies don’t abandon you. If the worst comes to the worst, cack your lycra pants and make sure you’re at the very back of the pack so no one spots the squishy bulge you’re now sporting.

'We didn’t throw them in the sea': How P&O cares for its workers 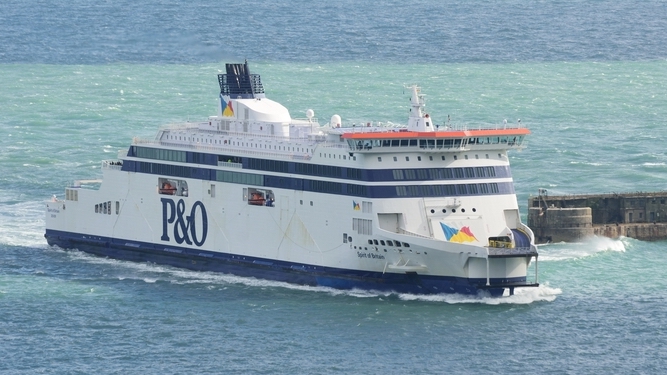 THERE is no greater champion of workers than P&O Ferries, which is why we have championed a new group of workers over our current workers. And there’s more:

All former employees were discharged onto land

Despite the majority of P&O Ferries’s operations being at sea and the contested legal status of manslaughter in international waters, as a courtesy to our departing employees arrangements were made to disembark them to a land-based environment.

They were informed by a warm, cordial Zoom call

Given the impossibility of informing all staff face-to-face due to management staff cuts, we used Zoom even though the boats have a fully-functioning tannoy system on which we could have announced the news. Because we care.

They were each given an oversized Toblerone

All employees already have access to our duty-free shops, with alcohol, nicotine and perfume dependencies serviced at a handy discount. As a ‘thank you’ for decades of loyalty they have also been given one extra-large Toblerone of their choice: white, dark or normal.

Anti-piracy counselling has been provided

To curb against the dangers of disgruntled former staff turning to piracy on the high seas, all those made redundant have been directed to an online presentation titled ‘Yo ho ho: Not like the movies!’ in which Inbetweeners star Simon Bird explains the perils of buccaneering.

They are prioritised for re-employment

We value our staff, though not in line with inflation, and have promised they will be first in the queue for re-employment. Many of them have exactly the skillsets they will need for their new, non-union positions and can expect zero-hours offers from us shortly.

We never brought up Brexit

As south-eastern Conservative voters who were advised to back Brexit for the sake of their jobs by their union, it is cruelly ironic that this very Brexit has been their downfall. But, compassionately, we have not mentioned this bit of poetic justice while smirking smugly. P&O: putting people first.