The twat's guide to driving in the countryside

WITH lockdown rules easing it’s time to go for a drive in the countryside. Here twat Martin Bishop explains how to be as much of a menace as possible.

Slowing down for horses is one of the unwritten rules of the countryside. But ‘unwritten’ means you can ignore it, right? Zoom past angrily honking your horn, strangely annoyed that they’re using an outdated mode of transport instead of an Audi with power steering.

Dawdling country drivers can be annoying – so ‘out-twat’ them with a series of increasingly dangerous overtaking manoeuvres. The gold standard? Passing someone on a blind bend in a narrow lane with the sun in your eyes.

Everyone knows people in villages get tanked up and drive home. That’s what I firmly believe anyway. So get suitably refreshed on eight pints of strong local cider, buckle up and off you go. There’s barely any traffic in the countryside and definitely no dangerous hazards like trees.

Driving down a very narrow road? Refuse to pull over and stay in the centre to prevent other vehicles passing or overtaking. Do not yield no matter what. If you can force a combine harvester to swerve off the road and crash into a farm, even better.

Aim for the wildlife

Someone once told me it’s better to hit an animal than endanger the lives of your passengers. This clearly gives you free rein to try and run over as many pheasants, hares and deer as you can. Think of your day trip as Grand Theft Auto: North Yorkshire.

How to celebrate St George's Day if you absolutely must 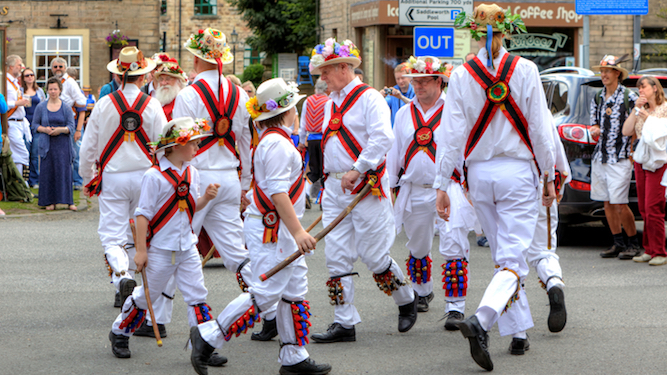 DETERMINED to celebrate St George’s Day even though you can’t explain why or what it all means? Here’s how to honour our Greek or maybe Palestinian national saint.

Only wave a little flag

Flags are becoming increasingly problematic symbols, so you’ll want to go for one of those little ones you put on sandcastles. Ideally it should be where nobody can see it and get offended, so think about flying it in a wardrobe or cellar. Don’t under any circumstances put one on your car, mainly because it looks naff.

Donate to a dragon sanctuary

This will be tricky because giant winged lizards that spout flames don’t exist. Komodo dragons are close enough though, so sling a few quid their way for peace of mind. It’s the least you can do to make up for the time St George ran a lance through one, which definitely happened.

Hum ‘Jerusalem’ quietly to yourself

This hymn with lyrics written by William Blake is much better than the national anthem, although to be fair that isn’t difficult. Hum it to yourself at low volume while looking at a picture of the White Cliffs of Dover to feel maximum pride for our green and pleasant land. Do not get carried away and sing ‘Rule Britannia’.

Shakespeare knew St George was a symbol of English greatness, that’s why he mentioned him in a famous speech in Henry V. It’s quite long and doesn’t make a lot of sense though, so instead of reading it just think random thoughts about our renowned playwright, like: ‘Wasn’t his ruff silly?’

What could be a more dignified way of showing your patriotism than prancing around waving handkerchiefs and clacking sticks together? Morris dancing has become a traditional highlight of St George’s Day, so get in touch with your local troupe to see if they’ve got any vacancies. Spoiler alert: they will be absolutely desperate for new blood.