The twat's guide to ruining the beer garden for everyone else

THE bank holiday weekend probably means some long-awaited outdoor drinks. Here noted twat Ryan Whittaker gives his tips on how to spoil the experience for those around you.

Speak as loudly as you can. Basically you should be shouting constantly. Remember to swear liberally and include plenty of detailed sexual imagery – especially if seated near children. Female friends should scream frequently to prove what a fantastic time they’re having.

When I arrive, I always complain about which table I’ve been given, even if it’s fine. It just makes me feel pleasantly important, even though I’m not. And if you’re spending 20 quid on booze that obviously gives you the right to treat the outdoor space like your own private garden.

You’ve missed out on a year of drinking, so it’s your God-given right to get hammered straight away. Have some 12 noon tequila shots to get things moving. Then get incredibly pissed and refuse to leave when your time’s up. Your tiresome argument with the pub manager will provide entertainment for people who just wanted a much-needed quiet drink.

Yes, you can only meet six people outdoors. But forget that. Just book four tables next to each other and pull them together for an instant 24-person party. Remember it’s fine to give everyone hugs and kisses when they arrive. Covid’s over now, otherwise the pubs wouldn’t be open.

I don’t care if they’re worried about Covid. £8 an hour is good money for carrying a tray of Stellas over whenever I bellow at them. Also, if they think social distancing is going to stop me trying to chat them up, they’re dead wrong. I can still make lewd comments from two metres away, love.

Five texts you could have sent Boris Johnson since 2006 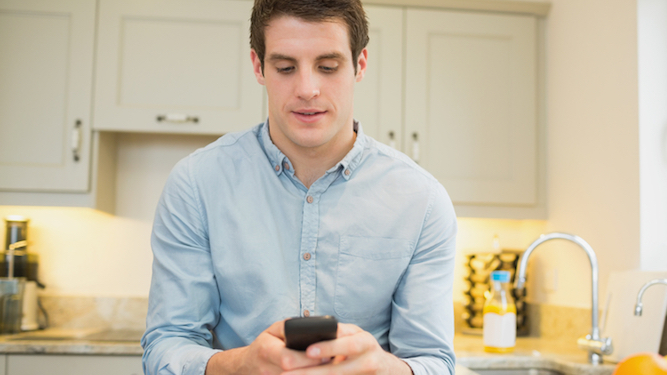 BORIS Johnson’s personal mobile phone number has been public since 2006. You’ve probably missed the chance now, but here are five texts you could have sent him.

Johnson has somehow won the public over with his buffoonish persona, but is it all just a cunning ruse by a Machiavellian twat? Even though we watched him fly into an explosive rage yesterday, we may never know. It’s frustrating to think you could have asked him personally.

Not particularly time-sensitive, this one, as Johnson has been parading around with a carefully dishevelled haircut for most of his professional life. However it might have had some impact if you sent it seconds before he was set to appear on a TV debate, perhaps furthering his paranoia by claiming there was a piss stain on his trousers.

Seriously mate, are you Leave or Remain?

This would have saved everyone a lot of headaches in 2016, although that’s assuming Johnson would have sent you an honest reply. Most likely he would have drafted two texts, deliberated over which one to send, and then made a decision based on which one would further his career.

Johnson would rather that black-and-white photo of him and his Bullingdon Club chums arrogantly posing in waistcoats didn’t exist, so what better way to max out your data allowance than by sending it to him? You could have even circled David Cameron and written ‘Slightly less shit PM than you’.

Admittedly not very eloquent or witty, but there it would have been fun to drop an f-bomb into the prime minister’s inbox whenever you felt like it. You could even program your phone to send it at random intervals, because let’s face it, you’d like to tell him to f**k off most of the time.