There’s no good time to say this but we always hated you, empty-nesters tell boomerang kids

EMPTY-NESTER parents have told their adult children not to move back home because they never liked them and they were a mistake.

The phenomenon of ‘boomerang kids’, who keep returning home well into their 30s, is resented by their parents who had sincerely hoped they would emigrate to New Zealand.

Joseph Turner, from Uttoxeter, told his daughter: “Listen, love, it’s not that we want your room free. It’s that we don’t want you in it.

“We didn’t like you as a baby, or a toddler, or a child, or a teenager and as it turns out you’re no fun at all as an adult. Funny how things turn out.

“We should never have had children, and I accept that’s our error, but we paid for that with 18 years of your presence and that’s over now. We’ve done our time.

“It’s sad that your marriage has broken up but ours hasn’t, in fact it’s better than ever and it’ll continue to be as long as you stay the fuck away from it.”

He added: “Why don’t you move in with your brother? He’s a useless twat as well, so we’re sure you’ll get on.” 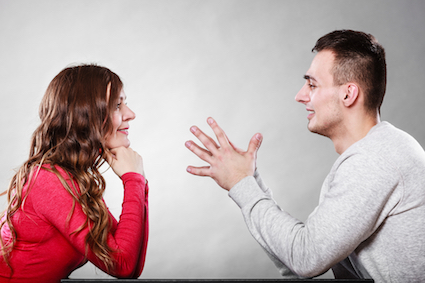 A MAN has convinced his wife that they need to upgrade their car with his automotive soothsayer abilities.

Nikki Hollis and her husband David are currently driving a 2015 Skoda Superb but have confirmed plans to trade it in for a brand new Land Rover Discovery they absolutely cannot afford.

Nikki Hollis said: “David instinctively feels something isn’t right, it’s been driving ‘funny’ apparently and he senses we could be in for a nasty repair bill.

“We took it to the mechanics and they said there was nothing wrong but David has insisted they’re just bastards waiting for it to break down.

“He then started shouting ‘the bloody Skoda carburettor is going to pack in I know it’ and angrily pointing at the unbeatable fuel efficiency details in the Discovery brochure.”

Hollis added: “We are no longer going on a family holiday because of David’s mystic gift.”