HOMEWORKERS have admitted they cannot imagine wearing anything other than pyjamas or dressing gowns ever again.

The notion of putting on ‘normal’ clothes has been entirely eroded after a month in lockdown, with people resenting having to maintain even the most basic hygiene standards.

Tom Logan said: “Do you remember when we all wore trousers to go out to work? What were we thinking with that?

“Now the idea of wearing anything but a pair of food-stained pyjama bottoms and a moth-eaten t-shirt to impress people seems like something from Victorian times.

“To think that I spent 30 years of my life wearing those cloth leg prisons is almost as upsetting as remembering all the times I put on deodorant. What a waste.”

Experts are predicting that should lockdown be prolonged beyond June the nation will eschew clothing entirely, except perhaps for one wipeable poncho.

Homeworker Emma Bradford said: “For the sake of my marriage I need this thing to end before boxer shorts with big holes in become standard casual wear.” 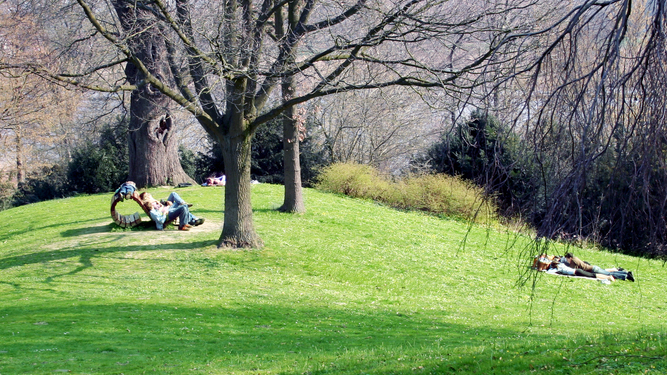 A SELF-RIGHTEOUS, snooping arsehole is becoming increasingly annoyed at not having enough opportunities to call the police.

Norman Steele, 62, has been infuriated by photographs in the papers and online of overcrowded parks, stories of barbecues and even 11-a-side football matches.

However upon visiting his local park armed with binoculars he was disappointed to find the vast majority of people observing two metre distances, exercising appropriately and showing consideration for others.

Steele said: “Just my luck to go on the one afternoon when people behaved themselves. Word probably got round that I was coming down to keep an eye on them. But I’ve got their card marked. I know what they’re really up to.”

Steele returned to the same park six times in one day but found frustratingly little to put in his black notebook.

“Unfortunately, we did have to have a word with Mr Steele, following complaints that he spent several hours outdoors and was breaching social distancing as he accused other park users of just pretending to exercise.

“He proceeded to remonstrate violently, breathing on us and spraying sweat everywhere, at which point we were forced to taser him.”