Twats who moved to countryside shitting themselves at petrol prices

SMUG knobs who moved from London to the countryside cannot f**king believe how much getting anywhere at all costs now, they have confirmed.

The urban wankers who cashed in their two-bedroom flats in Crouch End for five-bedroom houses in Nottinghamshire during the pandemic have now discovered they have to drive to get anywhere and petrol prices are through the f**king roof.

Julian Cook said: “Shit. Shit. It’s a 15-mile round trip to get to the pissing Asda.

“Then there’s the schools, which aren’t close, and getting to the train station for my meetings with clients in London, and the 60 miles to drive anywhere that has any semblance of culture, and I think maybe we f**ked up.

“We upsized car to a Land Rover when we moved because you need a 4×4 for these country roads. The f**king bastard drinks diesel.

“Plus the house, while gratifyingly massive and detached, has heating bills you wouldn’t believe. And that’s now. What’s it going to be like in six months?

“I mentioned it to the farmer next door and he said it doesn’t bother him because he has red diesel. Whatever that is I need it. This is a human rights issue. I’m launching a hashtag.”

Jack Monroe, and five other people reactionary dickheads can't explain why they hate 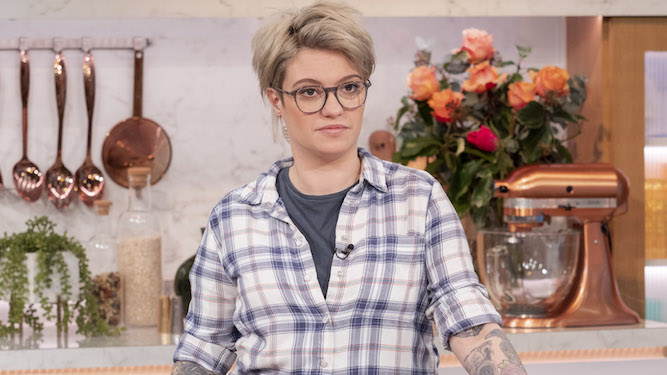 THANKS to highlighting food poverty again, writer Jack Monroe is despised by Britain’s many reactionary bastards. Here’s why she and other celebrities are on their confusing hate lists.

Jack’s crimes are many: she’s non-binary, she’s written for the Guardian, and she doesn’t have long hair like a proper girl. But worst of all she pretends poor people aren’t 100 per cent to blame for f**king up their lives. Stop pandering to them. A massive pack of chopped pig’s heart is only £1.37. That’s easily a week of sandwiches.

Why would there be a problem with this lovely English rose? Because she didn’t agree with JK Rowling about transgender issues and therefore wants male children to have their todgers chopped off and unfairly compete in women’s sports. It’s obvious, really.

It’s not because he’s black, except for the racists for whom it’s definitely because he’s black. No, it’s because of Comic Relief, where he cons soft-hearted Brits into helping lazy Africans who can’t be arsed to depose dictators. And they’re not going to bother preventing famines when we keep giving them free sacks of delicious grain.

Pankhurst wasn’t a typical modern feminist – for example, she was quite keen on handing out white feathers to ‘cowards’ in WW1. However right-wing idiots think she’s Germaine Greer, and it’s all her fault women always get custody of the kids and you can’t playfully grab a nice handful of arse at work.

Strictly speaking, the Channel 4 presenter shouldn’t occasionally reveal his liberal views. But right-wing wankers demand that an intelligent, mature man immersed in politics must have no political opinions, which is about as realistic as showing your dog a documentary about battery farming and expecting it to become a vegetarian of its own accord.

Lineker can fairly be described as annoyingly chirpy with a few liberal opinions. That’s if you’re sane. To Brexiters he’s a Lord Haw-Haw traitor who deserves the most extreme punishments devised by man, maybe a combination of boiling in oil, crucifixion and being flayed to death. Although he probably does deserve a bit of torture for all those bloody crisp adverts.