Vegan birthday cake just made of flour and sadness

A VEGAN birthday cake is just a pile of flour tinged with disappointment and sadness, it has been confirmed.

Mary Fisher celebrated her 40th birthday with her family, who endured a meal of cruciferous vegetables topped with an upsetting, chalky substance that was later revealed to be vegan ‘cheese’.

Her sister, Emma Bradford, said: “I’ll be honest, we were all really counting on the cake to turn things around.

“So imagine our dismay when the waiters brought out what was ostensibly some flour and, I can only assume, the tears of whoever was forced to make it.

“I don’t care how many candles you put on that thing, it’s not real cake. The decorations were pretty enough, but you can’t polish a turd.”

The family then gave a series of excuses for why they could not eat the cake, ranging from ‘I’m really full from lunch’ to ‘it just looks shit’. 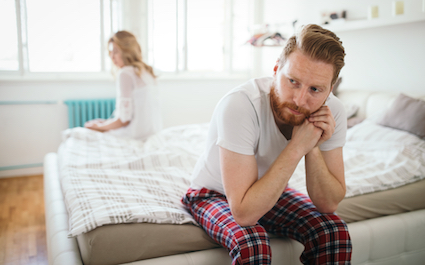 A MAN’S domineering girlfriend is always making him do some pointless thing like going to a local festival or trying a new balti place, it has emerged.

Relentless shrew Nikki Hollis is constantly seeking out ‘interesting’ and ‘fun’ activities for her and partner Tom Logan when they could be watching telly and ordering takeaways instead.

Logan said: “Every weekend we’re going to a new restaurant or checking out a new bar. It’s an absolute nightmare.

“Last weekend it was some live music event, where she said we didn’t have to stay long, and if the bands were crap there was a craft beer tent where I could have a few drinks. She just won’t stop thinking of herself.

“It’s stopping me living my life. Last night we had a romantic Italian meal followed by sex when there was an episode of Cop Dogs: Customs Unit I wanted to watch again.

“It’s all about Nikki. She got us tickets for a back-to-back screening of Taxi Driver and Goodfellas on the wild assumption that a 36-year-old man would like that sort of thing.

“Now she’s encouraging me to spend ‘a day at the races’ with ‘all my mates’. I’m just praying this non-stop whirlwind of activity will stop and I can get my life back.”