MODERN train seats have been made purposefully hard and uncomfortable so that arriving in the office seems like an escape from hell.

Professor Henry Brubaker, from the Institute for Studies said: “Humans love sitting on cushioned surfaces. If you add the consumption of crisps to that, it’s as good as life on earth gets.

“It therefore seems confusing that when we’re required to sit for long stretches other humans would design a chair more uncomfortable than small talk with Theresa May.

“In order to purchase our own soft seats we have to stay in a building from 9am to 5pm at the behest of someone who takes credit for your work and bollocks you when things go wrong.

“Clearly its not a great set up so some genius has decided to make train journeys so unbelievably shit that arriving into the office feels like being drunk in a Jacuzzi.

“One interesting feature of the new train seats is they really retain the heat generated by the previous occupants bum which manages to be both nice and absolutely disgusting.”

Brubaker added: “With traffic at a standstill the only alternative is buying a horse and riding into work, plus eating Frazzles on a galloping stallion looks fantastic.”

Corbyn waiting at Dover to give signal to Czechoslovakian invaders 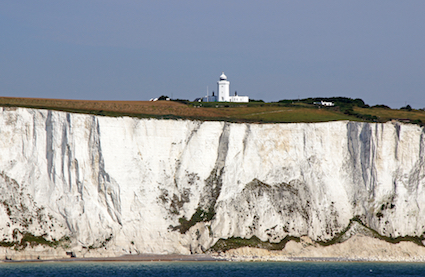 JEREMY Corbyn is hunkered down near the White Cliffs of Dover ready to send a signal to the secretly reunified country of Czechoslovakia to invade the United Kingdom.

Dressed in a black cap, donkey jacket and “CCCP” red t-shirt, Corbyn is on the point of sending up a red flare to summon the vast Czech navy.

An MI6 source said: “We believe that in collaboration with a Czech spy, Corbyn co-organised Live Aid to render the British people docile and receptive to any old hackneyed mass spectacle, from U2 to Status Quo.

“A passionate Czechophile, Corbyn rode out the collapse of the Soviet Union, hoping that a steady diet of Staropramen would gradually dull the wits of his countrymen over 30 years.

“Corbyn believes that a country that would almost elect someone like him is so sunk on the bones of its collective arse that it is more vulnerable to a foreign takeover than at any point in the last 1000 years of its island history.”

When it was pointed out that Corbyn was addressing a Socialist Knitting Collective in Carlisle at the time he was supposed to be in Dover, the source said: “He has thousands of lookalikes recruited from allotments.”