A MAN who thinks vinyl records are now too mainstream has decided to become obsessive about compact discs instead.

Tom Logan was gutted by vinyl sales reaching a record high last year as he is no longer part of an elite group who think listening to fuzzy music on giant unwieldy discs is cool.

Logan said: “If I’m honest I like being a massive snob more than I like music. So it won’t be hard for me to ditch records in favour of obsessing about a first edition of ‘Brothers In Arms’ instead.

“It’s essentially still a brittle circle in a holder with a picture on the front that sounds worse than an MP3 and takes up a lot more space, so I’m confident I can be a twat about them as well.

“I’ll bore people rigid by going on about laser tracking and sound quality. It’ll be worse than when I used to show them my anti-static brushes.

“I’ll also talk a load of sh*te about participating in the ‘wonderful ritual’ of placing the disc in the player and carefully pressing play.

“People will think I’m a real w*nker. It’s going to be great.”

How to organise a hideously middle-class pro-EU event 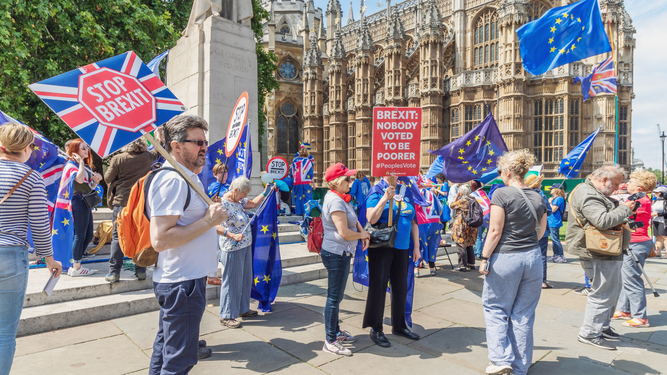 ARE you a Guardian reader who wants to show their support for the EU as we leave tomorrow? Here’s how to hold an event that’s embarrassingly middle class.

Treat it as a fancy dress party

Have a delightful time prancing around in blue-and-gold face paint, silly wigs and EU flags worn as capes. People are guaranteed to take you seriously if you look like an alternative hippy clown troupe from Bristol.

Really bang on about ‘my children’s future’

This is annoyingly sanctimonious, as if other parents won’t be that bothered if their kids get squished by a bus tomorrow. It’s also a bit pathetic, as if you can’t just say “Brexit is a terrible idea” without invoking ‘the little ones’.

Focus on fabulous drinks and nibbles

A pro-EU gathering needn’t be a joyless affair, but somehow you’re missing the point if Brexit barely gets a mention and you just talk about bourgeois foodie issues like affordable sauvignon blancs and your brave decision to make your own gravadlax.

The EU is fundamentally a trade organisation, albeit a progressive one. Gushing about it like a besotted 13-year-old One Direction fan is weird. You wouldn’t start putting posters of Lloyds Bank on your bedroom wall because they gave you a mortgage.

Get everyone singing ‘We’re Going Back to the EU Tomorrow’ to the tune of ‘We’re All Going to the Zoo Tomorrow’. It will be toe-curlingly embarrassing but Josh will love it because he can get out his guitar.