Wearing a mask on a cross-country journey: A fiendish interactive game

1. You nip into Sainsbury’s for a sandwich before setting off. Do you:

Britain to continue eating crisps whatever 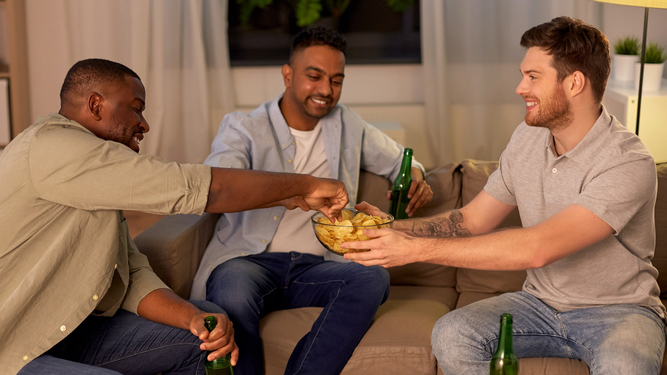 THE UK has confirmed that even if crisps cost four times as much as they currently cost, they will still eat them because they like crisps.

New proposals could put 1p on a standard pack of Walkers and up to 5p on the quaintly-termed family sharing bag which Britons eat alone in their cars for lunch, none of which is expected to affect crisp consumption even slightly.

James Bates of Stafford said: “It hurts that they’re going to put the price of Frosties up, but if it slows obesity it’s the right thing to do? Crisps? They’re not bad for you. They’re crisps.

“Crisp consumption has gone up 4,000 per cent since 1945. We give a whole aisle of our supermarkets over to them. If there’s one thing that unites Britain today, it’s crisps.

“Europe can’t do them. They think cheese Lays are wildly innovative. America can barely manage Doritos. Crisps, in all their myriad forms and flavours, are what make us unique.

“Tax crisps? We should be remaking ourselves as an international centre of crisp excellence, leading global crisp consumption, making crisps key to our every trade deal. The whole world should be eating our crisps.

“Until then, we will fly this flag alone. Are you nipping the shop? Get us a packet of those Sensations Wasabi & Ginger would you? Those 10am Quavers didn’t fill the hole.”