A MAN who completed a DNA test has turned up at work with a bizarre accent.

Tom Booker has affected an accent that seems to combine Cornwall, the Highlands and northern France, less than 12 hours after receiving the results.

Booker’s colleague Nikki Hollis said: “Tom normally talks like a posh boy from a Sussex commuter town, because that’s what he is. But yesterday he came into the office and immediately asked if anyone wanted a ‘carp of toi or coiffee’.

“He was also wearing a hat I’d never seen before, and what looked like wooden clogs for some reason.

“When I asked if he was OK he just shrugged, told me to relax and explained that ‘you British are too uptight’.”

Booker added: ” Turns out I’m 3% Irish, 2% Dutch, one-sixteenth German and almost 1% Armenian. It’s now my duty to make sure the dialect of my people doesn’t die out.”

Cafe owner would prefer invasion of bikers than middle-class mums 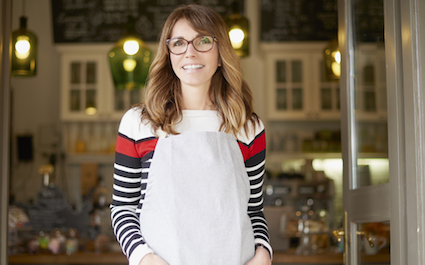 THE chaos and disruption of an invasion of middle-class mums and their spoilt children makes a Hell’s Angels rampage look like nothing, a cafe owner has claimed.

Helen Archer’s Bournemouth cafe is regularly taken over by affluent mothers screaming in her face about gluten and reacting violently to any attempt to curb their offspring’s creativity.

She said: “I don’t mind the bikers. Sometimes they smash up a chair or two, but it’s only because their toxic masculinity makes it hard for them to express their emotions.

“But get a couple of MILFs with pushchairs in and I’m trembling behind the counter in abject fear as Conrad and Jocasta smear jam everywhere and pummel the furniture with their wooden toys.

“They arrive mob-handed and act like they own the place. Other customers have stopped coming because they keep telling gruesome childbirth stories in their loud, posh voices.

“Some of them even bring their own food because the kids have made-up special dietary requirements. It’s a cafe for fuck’s sake. I swear they just get a kick out of humiliating me.

“I’d bar them but I’m scared I’ll be locking up one night and I’ll hear a Mercedes 4×4 revving up behind me. Then the headlights flick on.”

Archer admitted she had invited the local chapter of Satan’s Slaves to visit but they “did not want to get mixed up in any heavy yummy mummy shit”.