YOU have a nice flat with framed stuff on the walls, like in films. But why the f**k did you go and frame that?

These look tacky in multi-millionaire footballers’ massive Cheshire homes, and they played in the actual game. If a Sharpie-scribbled shiny shirt with a Far East internet betting business’ logo on it has pride of place on your wall, it indicates you have no aesthetic sense.

Drunk with baby-raising, you were conned into a family portrait session and got the massive print. Now it looms over the room, a grim reminder of how f**king knackered you’ve been for literally years. Plus you never got it done again for the second kid and now they have low self-esteem.

Well done for being a New Order fan since 1988, but this poster was cheap crap on a bus stop 30 years ago and it still looks it. Movie posters are borderline but be careful, that movie will become the only thing visitors remember about you. You’re now Fiona-who-likes-Wild–At–Heart.

Come on, dudes. Don’t put that Dalek/Skyrim/V for Vendetta poster on the walls, much less that one-of-a-kind animation cel. You might want to have sex in this room at some point, and that’s not going to happen with Battlestar Galactica up there. It never has.

Original landscape art by a relative

A grandmother’s watercolours, a grandfather’s oils, a son-in-law’s fancy photograph of some f**king bridge in Sweden – they gave it you and now you’ve got to have it up. They’re always landscapes because none of them can do faces. Not that they can do landscapes. 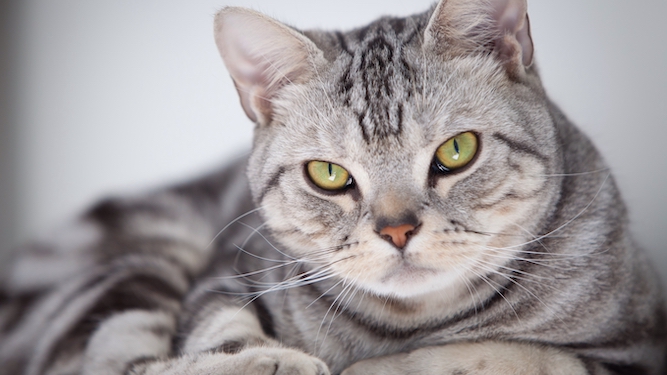 A CAT is trying to live an upmarket, Sheba lifestyle on Whiskas money, it has emerged.

Holly, a four-year-old tabby, insists on receiving the highest quality food, service and lodgings despite not contributing a penny towards the running of the household.

Owner Emma Bradford said: “I try my best to meet Holly’s exceptionally high standards, and they are insanely high, especially for someone who shits in a box in my living room.

“Supermarket own-brand, Felix, Whiskas, she just won’t eat it. I swear she can even tell when I’ve bought tins that are on offer.

“The only food she’ll deign to consume is stuff that has a picture of a snooty pedigree cat on it. It’s like the food tastes better to her when she knows I’m spending half the week’s wages on it.”

Holly said: “If Emma wants me to make her home feel less lonely and bleak, she has to treat me accordingly. Anyway, I’ll be in cat heaven within a decade, so what do I care if she ends up poor?”

Emma Bradford responded by telling Holly that if she wasn’t careful she would be in cat heaven sooner than she had imagined.