Which bullshit new words are idiots using this week?

DO you feel there are not enough idiotic articles about the new words everyone is using? Well, here’s another one:

Splaintard: Someone who explains something in a way that makes it clear that they themselves do not understand it because they’re stupid, ie “It’s safer to store your data in the cloud, because then it can’t be stolen and forced to mine bitcoin.”

Splong: Word used by young people to describe something good. Examples include: “Emma, have you seen the attractive, clear-skinned and mature new chap who has just joined our 6th form? He is well splong!” or “These marijuana cigarettes are of better quality than your previous batch, Lee. They are splonging!”

Marty McFlying: To suddenly cease contact with someone you are supposedly dating because they remind you of your parent. No examples of its usage exist but this is definitely a real thing.

Pissflake: Like a ‘snowflake’ but worse, ie “Millennials with their Starbucks and iPhones wouldn’t last five minutes against an amoured SS division in the trenches of Normandy. Bunch of pissflakes!”

Uncle-fisting: A wholly innocuous term referring to celebrating an achievement by your uncle – such as getting his Open University degree in Modern American Literature – by punching the air, even if only metaphorically. 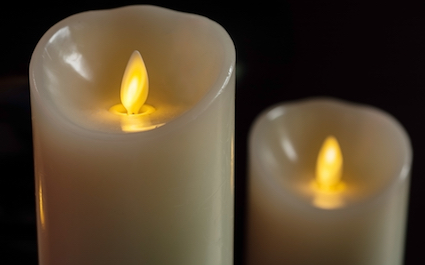 BRITAIN’S fathers are in mourning for Maplin, the electronics retailer where they kept their dreams of drones and integrated USB sockets alive.

As the troubled chain went into administration, middle-aged men showed their support outside its shops with candles, prayers and discussions about whether gold-plated banana plugs really offered improved audio fidelity.

Father-of-two Martin Bishop said: “Please God, don’t let Maplin be taken away from me. Where will I browse external hard drives now?

“There’s still so much I wanted us to do together. We were going to install a mini-CCTV six-camera system that I can control from the TV. Now what? Now what?”

Fellow dad Roy Hobbs said: “We’ve built a shrine outside our local Maplin with hundreds of LED candles arranged around a surge-protected multi-socket. Now all we can do is pray.

“I can’t imagine a world without affordable decent quality German-made solar string lights. I could get them cheaper off Amazon but there isn’t the emotional connection of talking to the bald bloke at the till.”